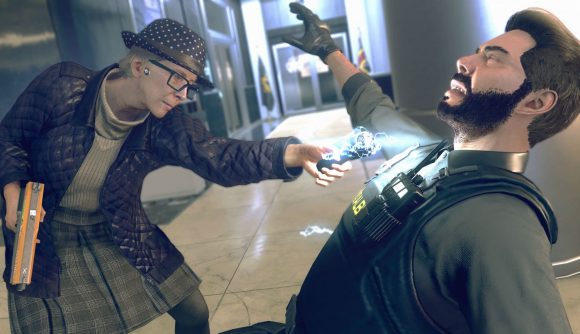 Following the launch of France’s ‘Join the Game’ programme – aimed at attracting developers to set up shop in the country – UK organisations are calling for the government to help prevent a developer exodus in the wake of Brexit.

While the French programme makes no direct mention of the UK’s departure from the European Union, it’s not difficult to draw a connection. As such, the UK Interactive Entertainment association issued a warning about Brexit’s effects on the country’s game industry earlier this week.

That’s now been followed by TIGA, the trade association which represents the UK games industry. In a statement (via GamesIndustry.biz) CEO Richard Wilson called on the government to establish “a Video Games Investment Fund,” which would “improve studios’ access to finance, continuing to strengthen education and skills and enabling studios to access highly skilled people from overseas following Brexit.”

TIGA is also calling from the Video Games Tax Relief fund to be increased to 30%, which would create another 700 jobs and £95 million in expenditure.

Earlier this week, Ukie CEO Dr. Jo Twist says in a statement that “the UK is one of the best places in the world to make and sell games,” a reputation the country developers have earned over decades. Twist also cites government support of game makers through initiatives like “Video Game Tax Relief, the UK Games Fund, and our international trade programme.” But Twist adds “that reputation can be eroded in a globally competitive industry. The emergence of a programme designed to poach talent and businesses from the UK should remind policy makers of this fact.”

France’s newly-launched Join the Game site highlights the country’s 30% tax break for production expenses, and its subsidies for the production of original work and “technologically ambitious prototypes.” The country also allows for equity loans of up to €2 million, allowing repayment contingent on the company’s growth.

The implications of an English-language site recruiting international companies to join its game industry is tough to ignore. As The Guardian reports, there’s been plenty of worry around Brexit and how it will affect the UK game industry – especially as 57% of UK developers employed EU workers in 2017, according to a UKIE survey.

The French Directorate General for Enterprise says that “in only a few years, video games have become France’s second largest cultural industry, behind books and ahead of cinema. It is one of the most dynamic sectors in the French economy, with more than 5,000 direct jobs.”

France’s biggest game publisher also happens to be putting out a game with explicit references to Brexit in Watch Dogs Legion, but I’m sure that’s just a coincidence. Jokes aside, the French programme is laying out a compelling case for companies that want to relocate.