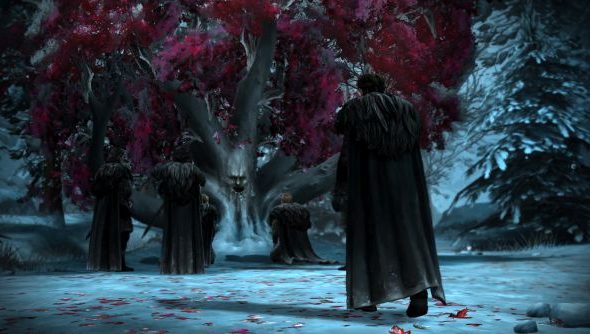 Following those teasing screenshots for Game of Thrones episode 3 from the weekend, Telltale has released a trailer for The Sword in the Darkness that finally gives us a glimpse of a real (digital) fire-breathing dragon, as well as a release date for the episode. Sharpen your dialogue-choosing brain cells, because it all kicks off again on March 25th.

As with any Telltale mid-season videos, be careful when watching as there are plenty of spoilers for events that happened in episodes one and two.

According to our reviews man Fraser, Game of Thrones got off to a shaky start, but gained traction in episode 2. The Sword in the Darkness will mark the halfway point of the six-episode season, and hopefully will see the game develop a lot more confidence.