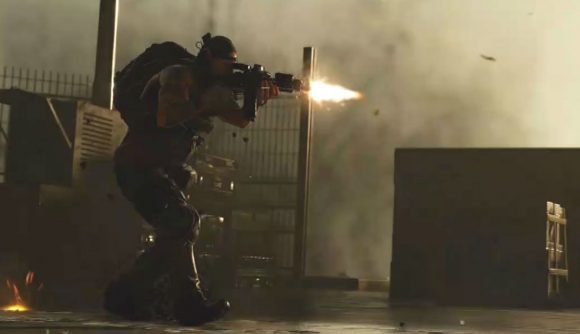 Ghost Recon Breakpoint will have AI teammates for players who don’t want to play as part of a full squad. Developer Laura Cordrey confirmed the decision on stage at the Ubisoft E3 2019 conference.

When the upcoming Ghost Recon game was first revealed Ubisoft announced that solo players will have a handy drone to accompany them in their bid for survival on the island of Auroa, but no human AI-powered companions like in Ghost Recon Wildlands. This reveal was met with plenty of frustration from the Ghost Recon community who were looking forward to controlling their squad as in previous games.

Of course, that drone was still able to perform tasks like Sync Shots, but it’s just not the same as ordering your team to move up to a grassy knoll and reign sniper fire down on the enemy.

Ubisoft has apparently heard that feedback and taken action, promising to reinstate human companions in time for the release of Ghost Recon Breakpoint. No details have been provided to suggest how much we’ll be able to control our human companions, but our best guess is that they’ll function identically to the squad you had in Wildlands.

Unfortuntely, there was no new gameplay on show at Ubisoft’s E3 2019 conference, but they did have a few extra details to share, including the Ghost Recon Breakpoint beta date and a Ghost Recon/Terminator crossover event. That last one – incredibly – isn’t the only Terminator crossover revealed among the many E3 2019 games either.

Related: Here’s all we know about Ghost Recon Breakpoint raids

So not the biggest reveal, but if you were saddened to hear you wouldn’t be able to have AI human squadmates then you have our permission to turn that frown upside down, officially.