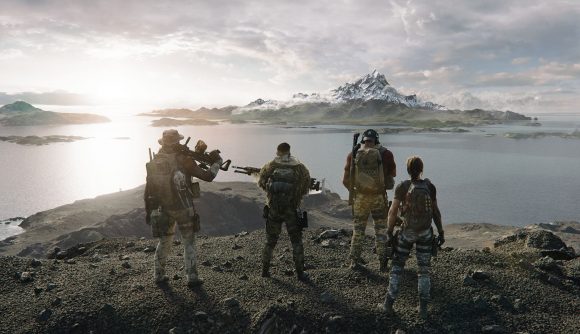 Ghost Recon Breakpoint’s new setting is a stark departure from that of its predecessor, Wildlands, in many ways – but chiefly in that it’s fictional. Wildlands was set in the South American nation of Bolivia, depicting it as a beautiful but corrupt and war-torn narco-state. This so irked the Bolivian government that it formally complained about the game to the French embassy in La Paz.

However, according to Ghost Recon Breakpoint lead dev test Sebastien Leprestre, the decision to move the next game in the series away from a real-world setting is not a reaction to that.

We asked Leprestre and community developer Laura Cordrey if the decision to change setting was in response to the controversy surrounding Wildlands’ story and setting. “It just offers that flexibility and it’s a clever way of surfacing new content on new islands when we get to post-launch,” says Leprestre. “It was a conscious decision in terms of creativity, not a reaction to anything.” Cordrey adds, “We were really happy with the setting of Wildlands and obviously we always take feedback into consideration. This setting just suits the story we wanted to tell.”

Ubisoft has gained a reputation for refusing to comment on the politics of its games, which often use real-world socio-political tensions as the backdrop for the action, but that doesn’t appear to be the case with Ghost Recon Breakpoint.

You can see some of Ghost Recon Breakout’s new gameplay features above.

Breakaway: here are the best open-world games on PC

In contrast to the warm vistas of Wildlands’ Bolivia, Breakpoint’s fictional archipelago in the Pacific feels harsh and cold. Cordrey says this is another strength of choosing a fictional setting, “It allows us to have this dark, sombre, and gritty world where we can fully embrace the Ghost Recon fantasy.”