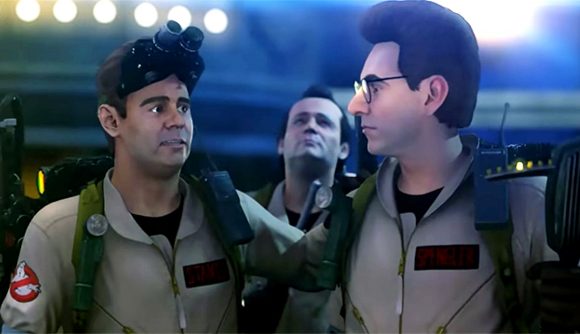 Back when Ghostbusters: The Video Game – Remastered released in 2019 it was an entirely single-player experience, despite the original game shipping with a co-op multiplayer component. At the time, there was talk about releasing a multiplayer update later – however, two years later developer Saber Interactive has now finally confirmed that it’s definitely not happening.

Ghostbusters: The Video Game released in June 2009 to fan acclaim, especially as it brought back the voices of all four Ghostbusters – Bill Murray, Dan Ackroyd, Ernie Hudson, and even Harold Ramis, who passed away shortly afterward. While the PC version was a little stripped down the PS3/360 versions featured a cooperative multiplayer mode.

Fans were hopeful that when the Remastered version was announced by Saber Interactive in 2019 it would bring back this multiplayer component, including to PC, the game shipped without it – due to finding multiple copies of the multiplayer code with no way to tell which was the final product. At the time, Saber said it was “in the process of evaluating the situation” and deciding whether to bring back the multiplayer as an update.

It’s now two years later, the new movie Ghostbusters Afterlife is out, and it seems that the multiplayer definitely isn’t coming. Speaking with MP1st, Saber Interactive chief creative officer Tim Willits confirmed “This is something the team really wanted to include… but the state of the original multiplayer code unfortunately just didn’t cooperate. We did look into it but ultimately had to focus on recreating the single-player experience fans were expecting from us.”

So if you were holding out hope that Ghostbusters Remastered would ultimately bring back the multiplayer side, you can probably forget it at this point. It’s as dead as Slimer. If you’re after a multiplayer Ghostbusters fix, Fortnite currently has a tie-in going with the new movie – and it’s strongly rumoured that the next game from the team behind Friday the 13th will be a Ghostbusters multiplayer game. That makes us feel good.