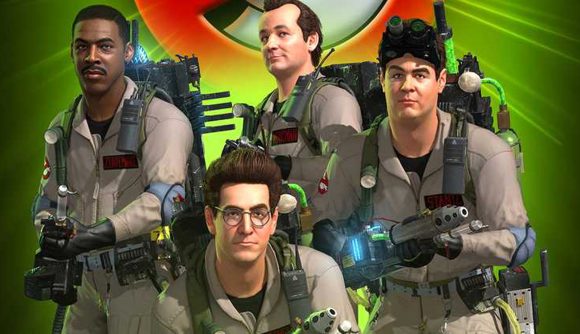 Illfonic, the developer behind Friday the 13th: The Game and Predator: Hunting Grounds, is apparently working on a Ghostbusters game as its next big franchise title. The most recent game in the franchise was 2019’s Ghostbusters: The Videogame – Remastered, and that was a re-release of a ten-year-old game – so fans are long overdue for a new one.

Considering the enduring popularity of the Ghostbusters franchise, to say nothing of the new movie Ghostbusters: Afterlife out this year, it’s surprising there haven’t been more games released. The 2016 movie got a terrible tie-in, Planet Coaster got Ghostbusters DLC, and we’re still expecting the Fortnite crossover. Out of all of them, Ghostbusters: The Videogame is still the only worthwhile full game release.

Hopefully that’ll change, as it looks like Illfonic is working on a Ghostbusters game – which will presumably be multiplayer if its previous games are anything to go by. This news comes thanks to Illfonic’s co-founder Raphael Saadiq, who let it slip during a recent podcast interview.

R&B artist Saadiq is mostly known for his music, about which he was interviewed for the podcast Questlove Supreme this week. Around the halfway point the discussion brought his involvement in Illfonic, and when asked about the studio’s games (59:24) Saadiq says about Friday the 13th, Predator, “and we’re working on Ghostbusters right now”.

Saadiq didn’t elaborate further, but it’s worth noting that Ghostbusters is owned by Sony. Not only was Predator: Hunting Grounds published by Sony, former Sony Interactive executive Gio Corsi joined Illfonic as chief product officer in January 2020 – promising “big exciting times ahead”. Predator was released on both PC and PS4 so there’s no reason to suspect Ghostbusters wouldn’t be on PC too if it happens.

We’ve reached out to Illfonic for comment and will update this post with any new information we hear.