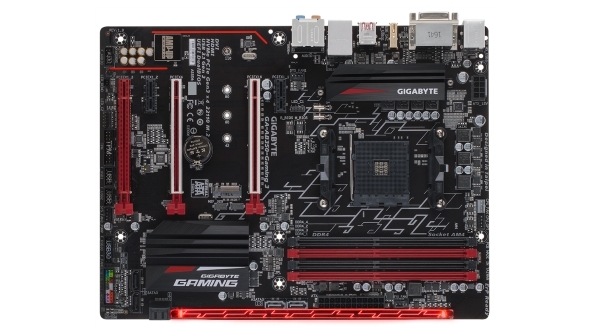 The excellent Gigabyte AB350-Gaming 3 is our current pick as the best motherboard you can jam your Ryzen CPU into. At least it is until the AMD Ryzen 2 chips come out along with their new 400-series boards… though we’ve got a sneaky feeling things aren’t going to really change that much.

Check out our pick of the best AMD gaming motherboards you can buy right now.

You might have expected to see an X370 motherboard topping our list of the best AMD boards. But, in real terms, there’s precious little to choose between the B350 and X370 chipsets in our tests.

And, considering out of all the Ryzen chips AMD have released it’s the Ryzen 5 1600X we’re recommending as one of the best CPUs for gaming, spending anywhere near $200 on a supporting motherboard seems like overkill.

And so Gigabyte’s smartly priced B350 board is the AM4 mobo we’d be lovingly jamming our Ryzen chips into. It’s only around $119/ £87, and yet, at stock settings it’s one of the most capable of any of the AM4 boards we’ve tested.

It actually posted the highest multithreaded Cinebench R15 figures, though the delta between the top and bottom of that benchmark list is admittedly pretty darned minimal. That may be its only win, but the Gigabyte board is easily as capable as the rest. It does share bottom spot in the Doom Vulkan test, but again, we’re talking about a variance of only 5fps between the best and worst of them. 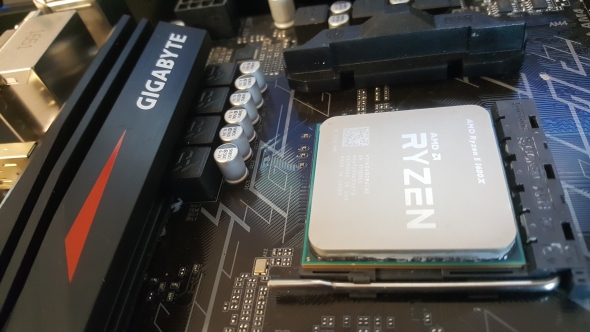 More concerning though is the power/thermal side of things. It is the toastiest of the boards, running hotter at both peak and idle temperatures, and that’s borne out by the fact it also draws the most juice when running at full chat. It also doesn’t have the friendliest BIOS, nor the most effective overclocking performance – we managed the same 4.05GHz all-core overclock most of the other AM4 boards delivered, but it needed a chunk more voltage to get there.

But overclocking on the initial Ryzen processors has been a bit of a hit and miss affair – and more heavily weighted on the ‘miss’ side if we’re being honest. That’s where the advent of the X470 motherboards is supposed to make some difference to the second generation of Ryzen CPUs. 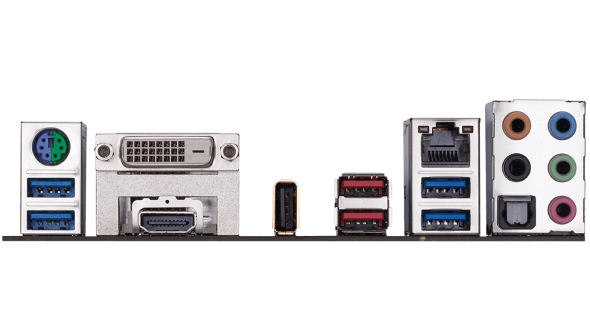 If you’re chasing a multi-GPU setup, this probably isn’t the board for you. Gigabyte claims CrossFire support, but there is only one full x16 PCIe 3.0 socket – the second one only runs at x4 bandwidth, and shares that bandwidth with all the x1 sockets on the board too.

In a future where we’re looking at multi-GPU gaming PCs as being the only way for us to get effective machine learning AI into our games, along with real-time raytracing, it’s possible that those extra PCIe sockets might become more of a deal-breaker. But right now it’s often more pain than pleasure running a gaming PC with more than a single graphics card, so for us it doesn’t feel like a major stumbling block.

If you’re after a straight gaming board, not one that demands the sort of price premium much more feature-packed mobos do, then the Gigabyte AB350M-Gaming 3 is an excellent-value motherboard to drop a stock chip into and just game away, worry free.