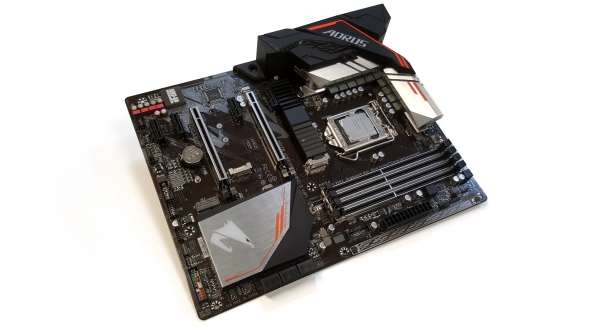 After what feels like an age, we’re finally getting the new Intel Coffee Lake mainstream chipsets, along with a couple of new mainstream Coffee Lake CPUs. Gigabyte’s H370 Aorus Gaming 3 is our first taste of the new affordable motherboard range, so how does it fare? Not bad, but the chipset suffers by being late to the party.

A good motherboard is nothing without one of the best CPUs for gaming.

The new H370 has been designed as the mainstream chipset to offer PC users access to the Coffee Lake processors without having to spend out on a high-end Z370 motherboard with a host of features they’ll never use. It’s the traditional Intel way; have the Z-series at the top, followed by a slightly cut-down H-series, and the finish with the lower-spec B-series.

Unfortunately it’s taken Intel a long time to bridge the gap between the launch of the Z370 and the release of these H and B-class boards, and that has given them all kinds of problems. You’ve got to think the motherboard vendors aren’t going to be too happy with Intel right now.

As is its gaming bent, the £119 Aorus has got a lot of features for such a price-conscious board. The most obvious being the LEDs and onboard RGB headers, because you can’t have a gaming brand without serious lighting support in 2018. But Gigabyte have also made sure they’re supporting today’s weighty graphics cards too by reinforcing both the primary x16 PCIe 3.0 slot and the x4 socket too.

These twin sockets mean you can have a CrossFire multiGPU setup if you wished, but given the H370 chipset only has a maximum of 20 PCIe lanes you will quickly start to run out of bandwidth for any NVMe drive you wish to plumb in.

Gigabyte have also reinforced the DIMM slots for the DDR4 dual-channel memory the H370 Aorus support and there’s an impressive 8+2 power setup to ensure stable performance from your system under load. 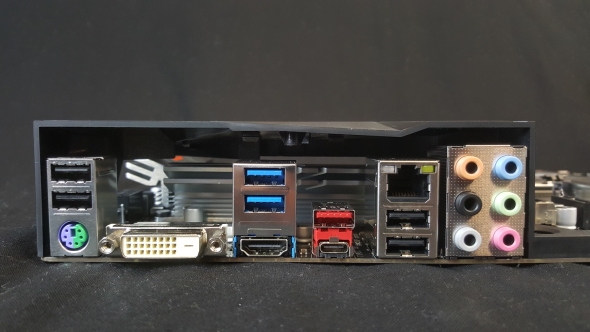 And, as is thankfully now standard for onboard audio, the built-in sound card has been shielded from the rest of the board to avoid any unnecessary electrical noise creeping across.

In terms of overall performance the H370 Aorus is a very capable Coffee Lake motherboard. It can’t quite match its Z370 Aorus brethren in terms of CPU speed, the higher-spec board is able to run its Core Optimisation feature to push the Core i7 8700K test chip at its maximum 4.7GHz boost clock all day long.

But it still does pretty well, and if you’re not opting for the overclockable K-series chips, like the Core i5 8400, then that performance will even out.

But in gaming terms there’s almost nothing between them. The Z370 version can squeeze a little bit more out of Hitman, but even in the CPU-happy Civilization VI tests the H370 Aorus is able to keep its head above water. There’s almost nothing to choose between it and the more-expensive Asus ROG Strix H370-F Gaming board either.

On the storage side, our Samsung 960 EVO NVMe SSD is far more at home in the speedier Z370 board, however. The sequential performance is one thing, but the 4k read/write pace is much greater on the Z370 than the H370, and that’s indicative of a quicker general Windows experience. 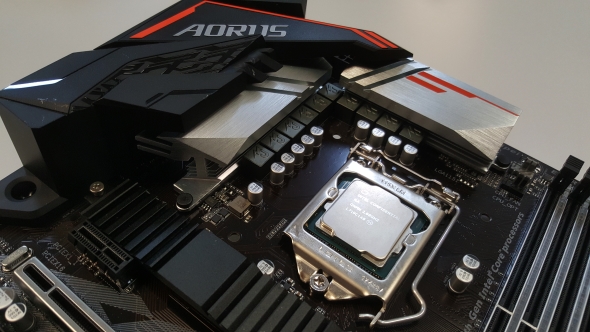 And this would all happily make sense with a traditional Intel chipset release. The Z370 would be the more expensive board, offering a better feature set and higher performance, but the H370 would be the budget motherboard for those not desperate for speed. But it’s not the more expensive board. The Z370 Aorus is available for the same MSRP as this new H370 Aorus and you just get more with the older board.

Sure, you don’t get native USB 3.1 Gen2 support, but the ASMedia chip does a good enough job for our money. The Z370 also doesn’t have the same impressive power phase setup, nor reinforced DIMM slots, but it still manages higher actual performance for both CPU and RAM, with overclocking. 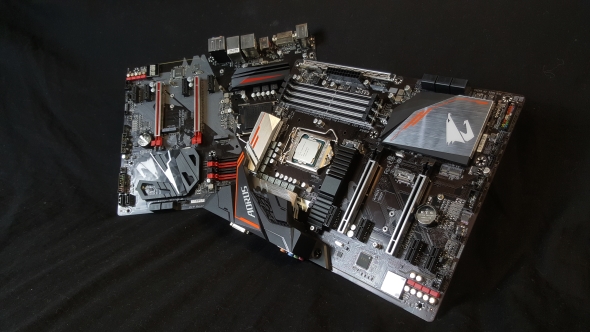 None of this is really Gigabyte’s fault, and realistically the H370 Aorus will likely sell for less than its listed MSRP, but because the Z370 boards have been out since October they’ve already had their premium sales time. You can pick up some Z370 boards, some Gigabyte Z370 boards, for under £100 now, which is starting to make these budget chipsets largely irrelevant.

The Gigabyte H370 Aorus is a good H370 board, but given the current market and its current MSRP it’s not a great Coffee Lake motherboard. For under a ton it would be a feature rich option, but at the same price as a Z370 it’s a tough ask.