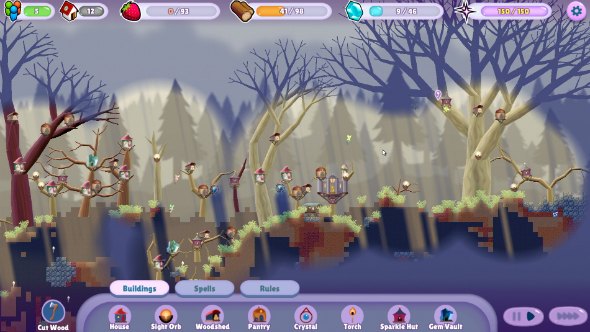 The long-awaited sequel to 2012’s psychedelic browser game has finally been found…  hidden away inside a game released two weeks ago.

Need something else to anxiously anticipate? Here are the biggest upcoming PC games.

If you’ve not been following this ARG, here’s a brief history lesson: gamers have been on the hunt for Frog Fractions 2 since the first game’s designer Jim Crawford launched a Kickstarter for the sequel in 2014. In every reward bracket of the Kickstarter, Crawford stipulated that the reward would only be made available “Once The Jig is Up*”. In the Kickstarter description description – under ‘* The Jig’ heading of course – it was revealed that the game’s release would not be announced by Twinbeard Studios, and that codes for the game would only be sent out once the press started reporting on the game’s discovery. Sort of like what I’m doing right now.

If you’re particularly invested in this ARG, the following could be considered a spoiler… so, you know, stop reading.

Codes for the game went out to Kickstarter backers on Boxing Day after a group called The Game Detectives finally found the game lurking inside a strategy game called Glittermitten Grove, which was released on December 13. Glittermitten Grove is currently £15, which is cheap when you consider that you’re getting two games and a whopping dose of closure. 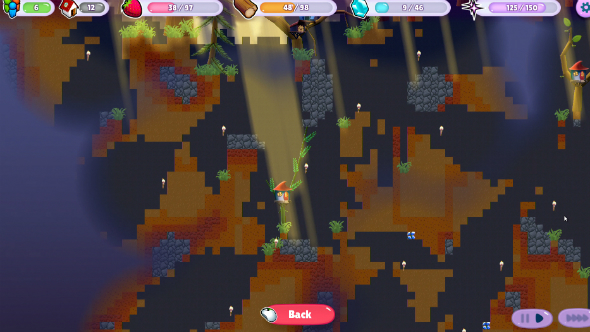 The second, and more arduous way to play Frog Fractions 2 involves playing Glittermitten Grove itself – which is a full game, and not just an ARG shell. This second door is located in the sky, and the only way to get to it is to progress through the game as you would if you had no idea there even was such a thing as Frog Fractions 2.

Here’s the Steam link if all this ARG madness has captured your curiosity.

Thanks, Kotaku and Polygon.