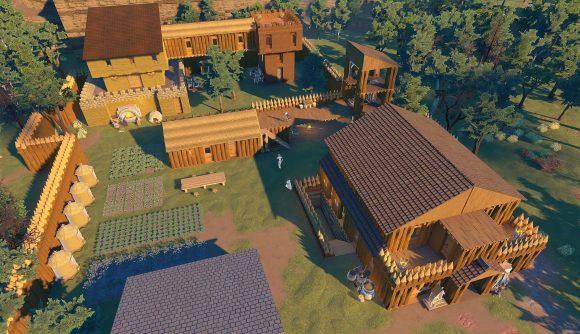 Going Medieval is an upcoming city – well, colony – builder with the low-poly charm of Valheim and Old School Runescape, and gameplay that could potentially put it among the company of the best city-building games around when it eventually launches. The good news is players whose interest it’s piqued so far can have a go for themselves very soon, as it hits Steam Early Access next month.

“We can confirm that Going Medieval will be launching into Early Access on June 1!” developer Foxy Voxel announces on the upcoming PC game’s Steam page. “This means you have just under one month to wait until the game will be available – so start blueprinting your castle designs, sharpen your weapons, and let the countdown commence.” Additionally, the devs have revealed how many pennies it’ll set players back at launch: £19.99 / €22.99 / $24.99 with a 10% discount.

If you’re keen to give it a go sooner than that, though, the devs have also confirmed that Going Medieval will get one more beta before launch, which will run from May 21 at 9am BST / 4am ET / 1am PT to May 24 at the same times.

The beta is open to signups right now on the game’s Steam page, and Foxy Voxel confirms everyone who adds their name to the list will get a place – plus, progress will carry over to the Early Access version. Sweet. 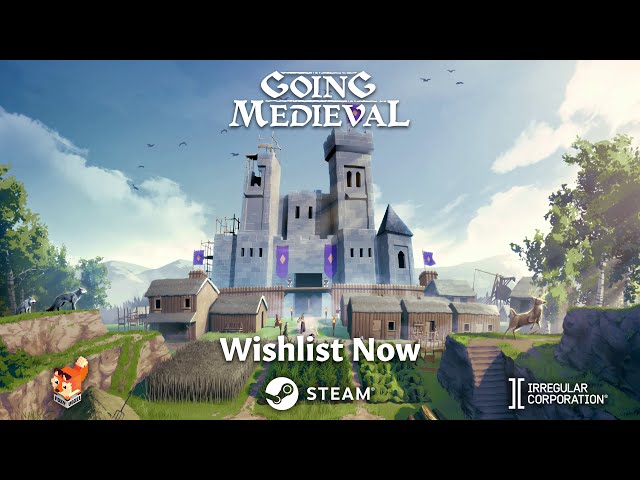 If this is your first time hearing about the game, Going Medieval is set in the 14th century and after a devastating outbreak of plague around the world that has meant society needs rebuilding, and fast. “Survivors emerge from society’s ashes, and it’s now up to you to help them settle in a dangerous new land reclaimed by nature,” the devs explain. “Build your people a home, help shape their lives, and protect them from animals, bandits, and other dangers in a lawless post-calamity age.”

You have to build a fortress using easy-to-use 3D terrain tools, expanding it from wooden hut to a massive stone castle, defend it from nasties that might threaten it, and make sure your villagers stay happy, safe, and fed. You can find out more on the game’s page if you’re curious, or we have a rundown of the best building games on PC if that’s more your thing.