Hard West publishers Gambitious Digital Entertainment are getting a rebrand. The core team has completely changed, new talent has been brought in, and the label has big plans for the future. They’re seeing that future in with a new name: Good Shepherd.

“I kept using the word ‘shepherding’ to describe what we do, even from the projects themselves, helping these developers to take ideas from concept to release,” Devolver Digital and Gambitious co-founder Mike Wilson tells PCGN when asked about the name change. “I also used it to describe what we do with investors’ money, because a huge part of what we do is trying to keep new money coming into videogames, but to give them a positive experience [in the process]. I don’t think a lot of new game investors have been treated with respect and their money hasn’t been respected.”

Respect is a thing that’s very important for Wilson, not just for the investors, but for game creators and the people who work under him on the label. Hence the ‘Good’ part of Good Shepherd, I suppose. When Wilson describes investors’ money not being respected, that isn’t a dig at the competition either – he’s talking about the rise of crowdfunding.

“Me and Harry [A. Miller IV], who started the company with me, we have been investors in games and films, and all sorts of speculative things our friends and families have been involved in over the years,” Wilson explains. “The usual experience for anyone in those kinds of things is that everyone is nice to you until you write a check, and then they never hear from them again. From games there has been this huge rush towards crowdfunding, because there was all this free money with no real obligation, and we have seen the backlash from things like that, which was predictable when you think about handing all the money for a project to a company up front regardless of their best intentions they are just not going to deliver on that budget and timeline.”

Professional investors wouldn’t just send a game developer money, but this is the environment that exists on places like Kickstarter. Though we’ve seen plenty of success stories spawn from this new gold rush, there’s also been plenty of failures, so it’s a fair point.

“We sort of predicted that at the start of crowdfunding, and that’s why we developed and invested into Gambitious in the first place,” Wilson says. “We knew money is desperately needed to greenlight and properly produce and market more games, but that new money is not going to be around long if it is not managed and treated well. We saw Gambitious as a way to do things responsibly and to involve more people without taking advantage of them.” 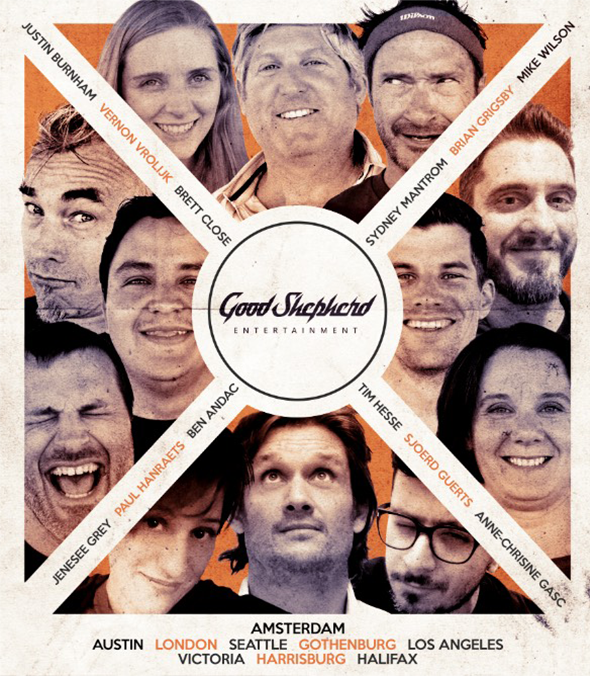 While it’s made an investor of everyone, crowdfunding does have its merits, of course. Not only have there been a lot of successes, it’s helped a lot of developers get to the demo stage. From there, they’re free to pitch a traditional publisher. We’ve seen projects go from fully independent to a publisher in the past, again with mixed results. Silent Hills-inspired indie horror Allison Road left a successful Kickstarter campaign to work with Team17, only for the project to be cancelled shortly after. It was then announced that development would continue once again as a fully independent project, though it’s been a year since there was any word on its progress.

Publishers have to be savvy with choosing crowdfunded projects. After all, crowdfunded money can prove public interest, but what if those who are interested have already pledged? It’s a complex scenario.

“We have lots of companies raising money through one way or the other, and promise to deliver the game, then later coming to us for a publishing deal,” Wilson says. “And if someone has raised money elsewhere then they come to us, now all of those people who invested are at the back of the line, which is not a very fair deal. So we are trying to bring in new money responsibly from a network of private investors, people that can stand to lose the money if they lose it, but are also used to looking at investments, and we are giving them the opportunity to put money into our project at the exact same terms to say I get or the company gets, so we are all aligned to get their money back.”

It’s a model that’s worked well for Gambitious, though they haven’t had any breakout hits. Out of 13 games published by the label, eight have made their money back in the initial months. It’s a good number for a label that often takes risks with new, unproven teams. Obviously, that comes with its own set of risks, but it’s the Good Shepherd’s modus operandi, herding new talent onto Steam.

“We have had a couple that we really didn’t get to know the developers enough before we greenlit it, so it became a slog of promised features which couldn’t be delivered and a team just not being capable with delivering on what they have scoped,” Wilson tells me about some of his less successful ventures. “And whilst we can help in some ways, we are not game developers and we have no aspiration to be, so I think we will be looking more closely at the teams and looking closely to see if they can pull off what they have scoped.”

If you’re a keen indie dev looking to be picked up by a label like Good Shepherd, the best bit of advice to take from that is this: don’t bullshit. Wilson says – and this goes both ways – people need to look at each other as if they’re people. It’s individuals on both sides of the table and publishers aren’t just an obstacle to overcome.

“It’s a huge trust button you are pushing when you greenlight these things,” Wilson explains, “and you have to remember these developers kill themselves to get to where they are so you can’t really be mad at them when they can’t. It’s part of why we brought more experienced producers on – we had one before, we now have three. It’s just being able to spot problems early and figure out how to help these guys early before it is too late and the game is too close to steer in another direction.”