Google’s Director of Product, Andrey Doronichev, expects the simple fact that publishers can distribute their games on Google Stadia with just a link will lead to “whole new mechanics for the viral spread of games because Stadia enables distribution like something that has never been done before.”

Ahead of the Stadia launch next week, Doronichev has been on the campaign trail, and we’ve been talking about the future of Stadia and how the Google’s new game streaming service could herald a new era of game demos, something that has been missing from PC gaming for an age. Doronichev admits that it does add another level of complexity for developers to build out demo versions of their games, but that with the opportunity of cloud access they will have new ways of limiting access to a game demo “that might be way easier” than with standard game distribution models.

“And hopefully,” Doronichev tells us, “more and more developers will start enabling this kind of demo experience in Stadia.”

Like so many features of Stadia, it’s not something that will necessarily be around at launch, and as Doronichev himself says “none of this has been confirmed by any of the developers,” but the simple fact that Stadia games can be accessed with little more than a hyperlink opens up whole new distribution mechanics, especially for game demos.

“If you can distribute your game by just posting a link,” he says, “it can almost go viral as a video, you can imagine that right? So you can also build all sorts of mechanics where you enable a limited trial.” 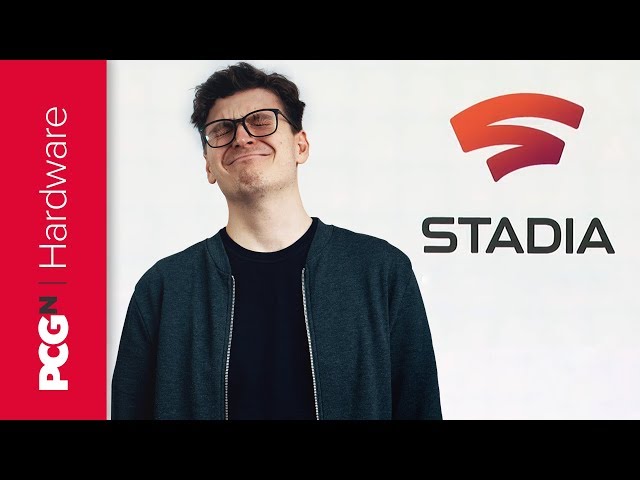 It’s not even going to be something that’s only limited to existing Stadia users either. Sure the initial launch of the gaming platform surrounds the paid-for Pro accounts, but in early 2020 Google will launch the Stadia Base account. That’s the free subscription that’s restricted to 1080p gaming and doesn’t give you access to the library of free games. Of which Destiny 2 is the only one available at launch anyways. Yeah, the essentially free-to-play Destiny 2.

With the existence of the Base sub a non-user could click on a game link, create a free account, and be playing the game in minutes. That’s something none of the other Stadia alternatives can offer.

“As a completely newcomer,” says Doronichev, “you can see a game trailer on YouTube, or any other way the developer or publisher would choose to promote their game, you see the link to this game, you click the link, boom, you create an account instantly, it’s free, and you’re already in the game.”