What are all the points of interest in the Cayo Perico Heist? The new GTA heist is now live and there’s plenty of prep to be done on the new tropical island of Cayo Perico.

For those unfamiliar with GTA heists, this grand heist arrives alongside all new vehicles and Cayo Perico Heist weapons – it’s a new, daring challenge in which you must retrieve some sought after files, as well as a hefty reward. To successfully pull off the heist, you’ll need to prepare, and that means scouting the island for points of interest and gathering intel – from scoping out escape routes, to noting where all the security cameras are placed around El Rubio’s massive complex.

It’s made a little easier by having your good friend Pavel on the other end of the communicator to give you instructions and point you in the right direction – but finding these points of interest can still be a little tricky. Here’s how to find all six points of interest and complete this intel mission. You’ll also need to snap a picture on your phone of each one to successfully gather the intel.

The power station disables security cameras and lights, so it’s a good piece of intel to have. The power station can be found at the northwest point of the map, right by the supply truck, and not far from the area with the bolt cutters.

This is the first point of interest that opens up through the main story, so it’s an easy one to tick off your points of interest list. It disables air defences and allows air-based support crew a way in.

You can find the supply truck at the northwest point of the map, not far from the power station and near one of the bolt cutters. Combined with the guard clothing, you can use this to drive on through the main compound gates undetected. 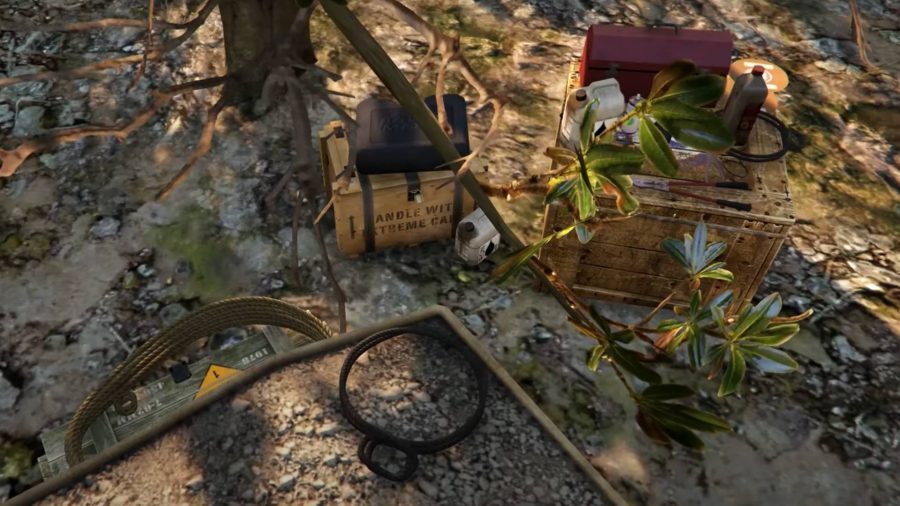 There are four bolt cutters to be found dotted around Cayo Perico; they spawn randomly, however, so won’t be in the exact location that others may have found them. The good news is, they will be in the same general vicinity – usually located on top of a crate, table, or in a workshop.

The first bolt cutter is in the area near the power station, the second is rather hidden, found in the area that juts out west of the map. The third bolt cutter can be found to the northeast of the map, and the final pair are usually quite central to the southeast area. You can usually get away with taking a photo of the general area, without getting an up close shot of the item. Here’s a quick map from Reddit user FeeneyMemey to see the locations in more detail.

There are four pieces of guard clothing to find – paired with the supply truck, these can be used as a disguise to infiltrate the compound. They look like small green crates with colourful clothing laying on top, not at all suitable for a guard, or stealth mission, but hey ho.