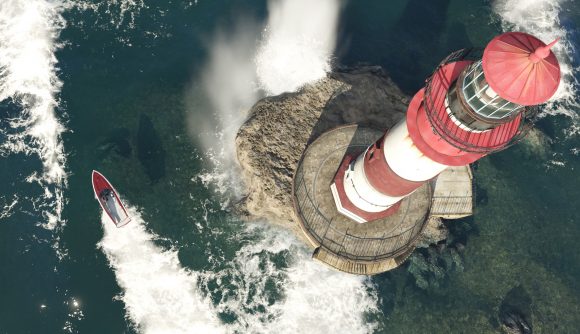 You’ll struggle to find a worse impulse buy in GTA Online than a yacht. At the least, they cost $6 million in-game, and at most they’ll set you back $8 million. You also can’t drive them; only the captain can do that. Except he won’t unless you give him $25,000 to shift that pointless hunk of metal.

Thankfully, Rockstar is giving GTA Online’s ultimate symbol of wealth some more purpose this week with a themed weekly update. Called the Galaxy Superyacht Week, you’ll be able to get double rewards for completing any of the six missions on offer. If you beat any of them this week, you’ll get a free t-shirt if you log-in next week. Something else you can show off to your friends.

Buying or upgrading them will be cheaper, too, as, for the Galaxy Superyacht Week only, all boats are 30% off. Some Helicopters – such as the Nagasaki Buzzard and the Buckingham Akula – have also received a similar discount. Finally, you’ll also find that the Imponte Ruiner 2000, HVY APC, and Principe Deveste Eight are also discounted by 30% – so it’s not all about taking to the seas.

There are other bonuses on offer in the Galaxy Superyacht Week, too. You can get triple rewards in Trap Door, and double prizes in Transform Races. The GTA 5 podium car returns, also, of course. If you’d like to see the notes in full, you know where to click.

At least I enjoyed clicking the buy button from gtaonline

Rockstar initially introduced the six Yacht missions back in GTA Online’s Los Santos Summer Special update. As someone on Reddit points out, though, you’ll only get around 25k for each mission, which doesn’t entirely recoup the cost of the yacht. Now that rewards are doubled and the yachts being cheaper, though, you might find the costs of managing them more manageable.