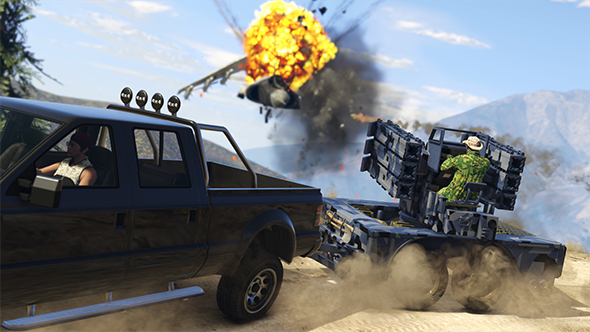 A lawsuit between Take-Two Interactive and a former Rockstar producer has been ongoing for years now, with Leslie Benzies seeking $150 million in royalties from the publishers. But now the New York Supreme Court has dismissed one of the core complaints in Benzies’ case.

Check out the best sandbox games on PC.

Benzies claimed that a 2009 agreement promised him profits equal to those received by Rockstar co-founders Sam and Dan Houser. However, the court ruled that the agreement “contains no language mandating equal payments to the principals.”

That ends one of the core allegations of the lawsuit, but some of Benzies’ claims could still stand. The court says that the language of a 2012 Employment Agreement could entitle Benzies to “receive certain royalties” in compensation, and that the plaintiff “sufficiently alleges” a breach of that agreement based on withheld stock and salary.

Benzies has also “sufficiently alleged breach of the Sabbatical Agreement, which he claims defendants breached by improperly terminating him and refusing to pay him royalties.” Benzies’ initial sabbatical began after the original launch of Grand Theft Auto V, which is now considered the most profitable entertainment product of all time. Any royalties associated with that game would likely be significant.