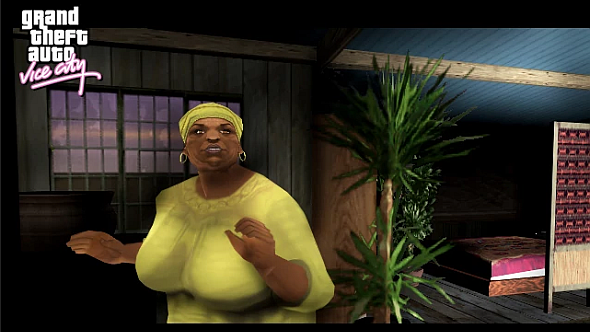 Fancy suing Rockstar? Try to spot yourself in an NPC while playing with the best GTA 5 mods.

The plaintiff are the Psychic Readers Network (PRN), who hold the rights to a TV ‘psychic’ named Miss Cleo. PRN claim they’ve spent over $100 million creating and promoting Miss Cleo’s persona, and that GTA makers Rockstar have made more than five times that amount exploiting their character without their permission.

In a statement to TMZ, Rockstar say “these claims are entirely meritless and completely ridiculous. We will vigorously defend ourselves with regard to this matter.”

In fairness to PRN, Rockstar actually hired the actress who used to play Miss Cleo – Youree Harris, who died last year – and had her voice Auntie Poulet. So the lawsuit may not be entirely frivolous, as opposed to the infamous (and self-sabotaging)allegation by Lindsay Lohan that a nondescript social media-obsessed blonde tween must’ve been based on her.

It’s starting to feel like everyone wants a piece of Rockstar these days. Bets on who’s next to sue? My money is on Clint Eastwood when Red Dead II comes out.