The rather excellent Guild of Dungeoneering has been getting bigger since its release a year and some back. That’s happening again with Ice Cream Headaches, the second adventure pack for the wacky sim. It’s far too warm in the land of hand-drawn dungeon monsters and loot, so you need to send your minions out to get ice cream. This turns into an entire game because the Ice Cream Monks – who, we assumed, are the only ones with access to the holy secret of frozen flavour – are under siege.

For more traditional dungeon-diving try our list of the best RPGs on PC.

What that means for you as a player is new monsters, like the Slushie Elemental, Commendable Snowman, Pygmy Mammoth and Mountain Walrus seen below. 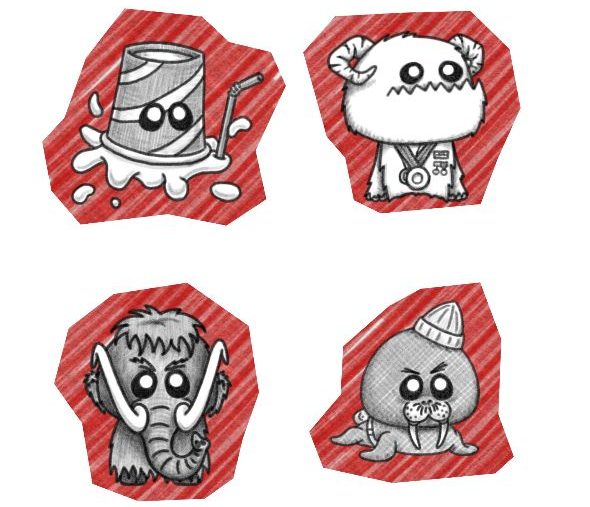 There are going to be thirty of these chaps across a whole new region, with 21 quests filling up the space with things to do. There’ll be three new classes to back up your forces on their journey into the wastes: the Yodeller, Ice Cream Monk and Snowitch. More details on them further down the line.

What is the adventure for? Loot. There’s more of that as well, with 24 new equipables for your tiny men. Here’s a couple of them:

The final addition is a whole new mechanic in Favour. This is gathered throughout a dungeon run by defeating monsters in specific rooms. It can then be spent at any time during that run on “powerful card-manipulation effects.” This involves drawing cards mid-battle or removing poor-quality ones from your deck entirely – strong.