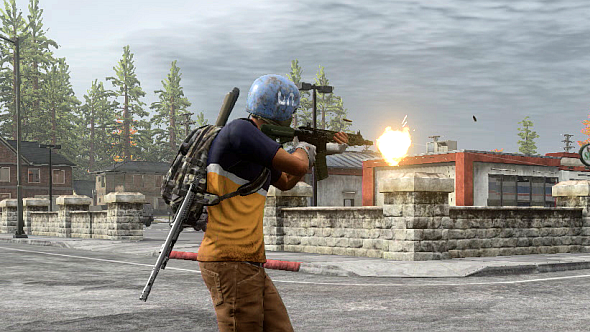 H1Z1 developer Daybreak has released a major update for their recently revitalised battle royale. The headline addition is Outbreak, a new, 8×8 square kilometer map that harks back to Z1, the first map from the game’s original Early Access release. There are also new run and jump movements and polished animations designed “to create a faster and more responsive system that keeps combat fun and intuitive.”

The studio says Outbreak “includes signature landmarks” from Z1 and will also polish up “fan-favourite Z1 environments”. That’s alongside all-new terrain, points of interest, and textures. Outbreak is now available to play in solos, duos, and fives modes.

For an overview of the genre, check out the best battle royale games on PC.

The nostalgia is dialed up with “classic audio cues”, with the update clearly aiming to bring a taste of classic H1Z1 to its newly polished state.

Before PUBG and the many refinements it brought to battle royale shooters, H1Z1: King of the Kill was the standout in the genre. Thanks to a sudden influx of – let’s be honest – superior rivals, it had lost an amazing 91% of its players by February this year.

Daybreak’s many efforts to get H1Z1 back on top have included: finally issuing a full release alongside a fast-paced, vehicle-focused take on battle royale; going free-to-play; and a concerted effort to crack the tricky problem of finding an esports format for the genre.

In fairness, that’s a hell of a lot of work to turn the game around, and itisfree. Head totheSteam page hereif you’d like to give the new-look H1Z1 a go, thoughservers are down at time of writing while today’s update is applied. Head to Daybreak for the full patch notes while you wait.