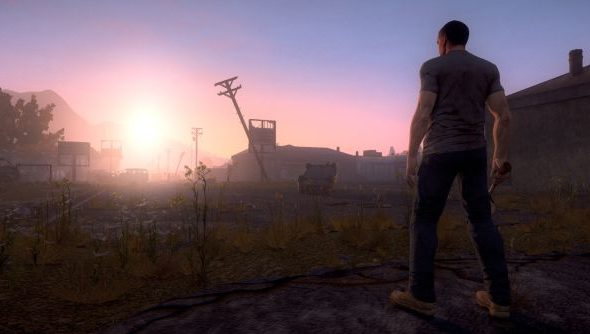 In an incident sure to be remembered as the Night of the Long Banhammers, H1Z1 studio Daybreak have separated some 24,837 MMO zombie survival players from their accounts. All of the bans were issued in response to cheating – and there are more to come.

“You don’t think we know these cockroaches? We do,” said Daybreak boss John Smedley. “We are going to be relentless and public. Screw not provoking them.”

Daybreak Game Company, the studio formerly known as SOE who also run Planetside 2 and EverQuest, have three levels of response to breaches of Terms of Service. They escalate from written warnings, through temporary suspensions of between 24 hours and a week, to “banishment” – the permanent closure of accounts.

Every one of the 24,837 players affected this weekend have been banished, never to return. And Daybreak have warned that more bans are on their way.

“Please keep using and supporting TMCHEATS,” tweeted a sarcastic Smedley yesterday. “We aren’t banning users who use it at all.”

A wipe coming to H1Z1 on Thursday will clean up security issues related to bases. Smedley said that the developers want to rid the game of banned player’s gear, and “purge their existence”.

Many cheaters have begun emailing Smedley to seek forgiveness for their wrongdoing – but the CEO said he would only consider public YouTube apologies..

“Please be sure not to reveal any [personal] info,” he added. “Not trying to do anything other than highlight a serious issue.”

You’ll see a lot of anti-cheat software working this way: rather than reveal their methods to hackers and send them scrambling for workarounds, developers instead collect data over weeks or months, before flattening a huge swathe of guilty players under the hammer.

In December, Counter-Strike: Global Offensive cheats were hit by the biggest ban wave in the game’s history. But even the numbers there – conservatively estimated at over 1,600 – pale in comparison to Daybreak’s.

Have you noticed any foul play amid H1Z1’s foul-smelling undead opponents?