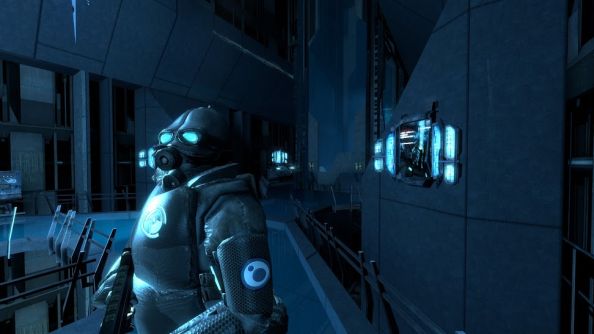 We do it jokingly, finding the number three all over the internet with almost medieval superstition. But there’s a reason HL3 CONFIRMED has survived where other, younger Valve memes about cakes have gone mouldy. That desperate kernel of hope; the undying desire to play another seminal shooter-cum-puzzle game, even as Marc Laidlaw moves on and Episode 1 nears its tenth birthday.

Half-Life is certainly no joke to the Bournemouth man who spent 18 months and thousands of hours assembling his own campaign, packed it into a suitcase with his 70-page Source dissertation, sprayed an Opposing Force logo on the side, and shipped it off to Valve. His game, Prospekt, comes to Steam on February 11th.

How many Half-Lifes make our list of the best first-person shooters ever? Well, it’s more than one.

What Richard Seabrook wanted was a job designing the games he loved. He’d tried the sensible route: completing a games degree and applying for work as a level designer. But a UK industry still fighting to get back on its feet after a crippling recession sent him a clear message: most studios were in no position to gamble on inexperience. By 2013 Seabrook was bouncing between QA jobs and deeply dissatisfied. 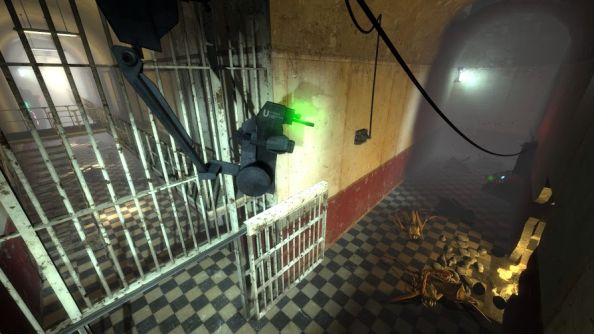 Inspired by Minerva modder turned Valve employee Adam Foster – and perhaps less sensibly, Will Smith flick The Pursuit of Happyness – he instead took a gig serving cocktails and spent the very early hours of each morning building levels.

“I’d always been making maps in the Source Engine,” he says now. “Ever since Half-Life 2 came out. I thought, ‘You know what, I reckon I’m good enough to give it a shot.’”

As a keen reader of the Valve Handbook for New Employees, Seabrook wanted to show Newell and co. that he didn’t need management. That his ability to work through problems and conjure up ideas on his own – a characteristic he thinks worked against him in previous jobs, with more conventional hierarchies – could yield big results.

“I tried my very best to make sure it was as good as a Half-Life game, really,” he remembers. “I wanted to show I’m up to the standard of making a game like Half-Life for them.” 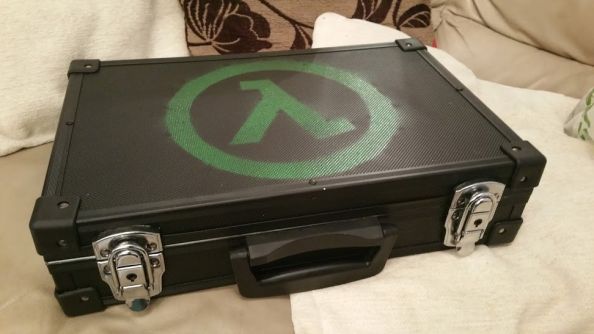 There remained one way in which Seabrook was beholden to the same strictures of the companies he’d left behind, however: budgeting. With a rapidly draining bank account and ten or 11 levels playable from start to finish, he bundled his game, Prospekt, off to Bellevue.

Seabrook sat in Bournemouth and watched the tracked parcel pass through US customs, travel through Kentucky, and show up in Seattle. He saw that his suitcase was out for delivery and then, finally, received by Valve. For a day afterwards he did nothing. Sleep was out of the question.

“I was waiting for this epic phone call to come through: ‘Oh my God, this is amazing, you’ve got to get over here right now,’” he recalls. “I did think they would at least say, ‘This was really good, but not now’. I was prepared for that – not for the no contact.”

Seabrook was left with his game – an unofficial sequel to Half-Life’s Opposing Force expansion. It was a story told economically via flashbacks from the perspective of marine Adrian Shephard, which played out simultaneously alongside Freeman’s own. It took Shephard from the titular detention centre to areas of the Half-Life universe untouched by Valve’s games. It was roughly comparable to Episode One in size (“and I would hope quality as well”). 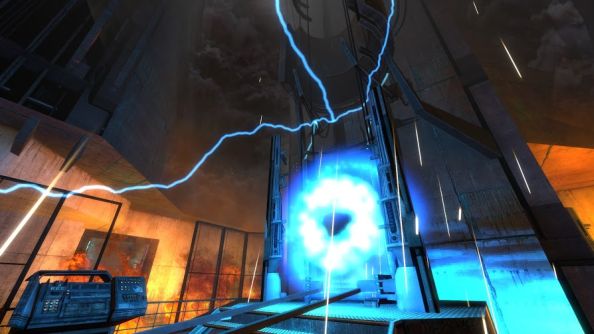 Nova Prospekt, you might remember, was a Combine prison. But it was also a destination: the impetus for Gordon Freeman’s journey through the pacey mid-section of Half-Life 2; the momentum behind that memorable coastal drive.

When Seabrook created a Steam Greenlight page – his project’s “dying breath” – Prospekt was approved by Valve just 72 hours later. It wasn’t the job or validation he was after, but the implicit approval he needed. Prospekt became the destination in itself.

“OK, so they are interested then,” thought Seabrook. “They must be to some degree because they have to give the final approval on it.”

In subsequent months, the solo developer has been in touch with Valve about his plans for release. It’s been a practical exchange, rather than the gushing love-in Seabrook imagined in his most unrealistic dreams, but a heartening one. It was Valve who prompted him to contact license specialists Rad Game Tools, and that led him to Germany and Gamescom. 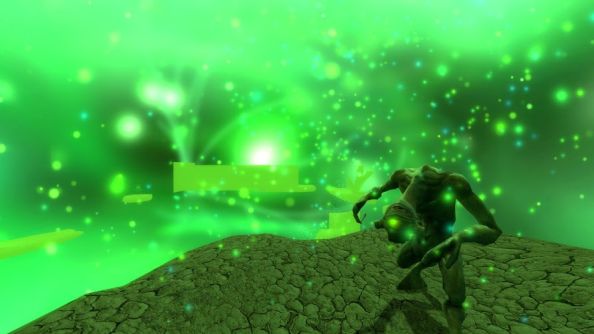 “I had always found it really hard to get into contact with everyone I needed to,” Seabrook says. “It was getting so frustrating getting kicked back and not getting replies. When I did go to Gamescom and spoke to everyone, everything started clicking into place. [To] finally get accepted by the industry was just like, ‘Wow, we’re getting somewhere.’”

UKIE’s Andy Payne put Seabrook on the path to financing a release, and he returned to the UK with renewed motivation to finish everything he hadn’t been able to for Valve. For the Steam version he’s enlisted an American voice actor, layered his levels with new textures, built a complicated Combine AI script and laced the game with appearances from the G-Man and references to familiar events instigated by Gordon.