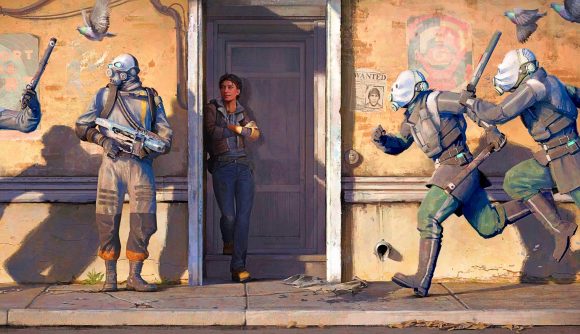 Did you find the trek through Half-Life: Alyx a tad lonely? As ever, there’s now a mod to remedy that. A group of modders has created a multiplayer mod for Valve’s latest entry in the Half-Life series.

If a friend uses the mod to join your game, they’ll spawn in as a wee floating bot, where they can follow you around and help you out with menial tasks. One modder explains on the alyx-multiplayer website that the mod works by tracking your head position and rotation before sending the information across clients. If you’re looking to download the mod for yourself, you can find it alongside instructions on downloading it on its website – as ever, mod with caution.

Half-Life: Alyx prompted the purchase of nearly a million VR headsets in the month it first launched alone, so chances are you’ll find plenty of buds to try this out with. Of course, modders have also found a way around the limitations of not owning a VR headset. You can see Alyx’s side of the story thanks to Half-Life: Alyx Animated, an animated fan film created in the Source engine, or you can download the Half-Life Alyx no VR mod to, well, you know.

If you haven’t played this one yet, we’d recommend it – VR or not. In his Half-Life: Alyx review, Dustin says that it “confidently serves as both a vindication for the magic VR can bring to gaming and a satisfying new entry in the beloved Half-Life series”.

If you’re looking for more of the best VR games on PC, you know where to click.