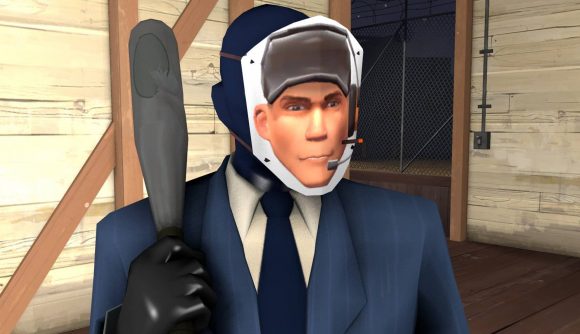 This week Valve announced Half-Life: Alyx – the first game in the developer’s original series since 2007, and its first proper VR title. It announced the game with an excellent trailer, which obviously fans have been poring over for clues – which seems to have turned up at least one Easter egg.

As spotted by user d1psyyyy on Reddit, there is actually a nod to one of Valve’s other major franchises in the trailer – Team Fortress 2. At around the middle mark in the announcement trailer, there’s a moment where the player controlling Alyx Vance hunts on some store shelves for ammo – which they find, pop in their gun, and immediately turn and fire on a Combine soldier.

However, if you freeze the trailer at around 1:00 exactly, on the bottom shelf – to the lower left-hand corner of the screen – you can see a toy of a kid holding a baseball bat. This clearly appears to be the Scout from Team Fortress 2.

This little statuette has prompted speculation that Valve will be using the figures as some sort of achievement, like shooting bobbleheads in Resident Evil 2. Valve has had wacky achievements in Half-Life games before – such as carrying the garden gnome through Half-Life: Episode Two – so it’s feasible. 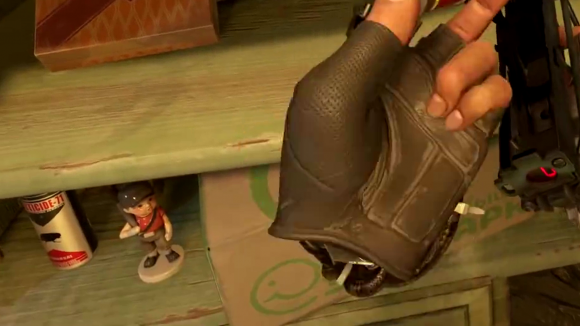 Of course, the timing of this Easter egg is more notable because Valve has just this week revealed that it has pretty much abandoned Team Fortress 2 at this point. The game has had very few big updates recently, and “hardly anyone” is working on the game, according to long-time Valve employee Greg Coomer.

Team Fortress 2 actually launched alongside the last Half-Life episode in 2007, so the game’s entire existence marks the length of time Half-Life fans have been waiting for a new game in the series – and with any luck, Half-Life: Alyx might not be the only one.