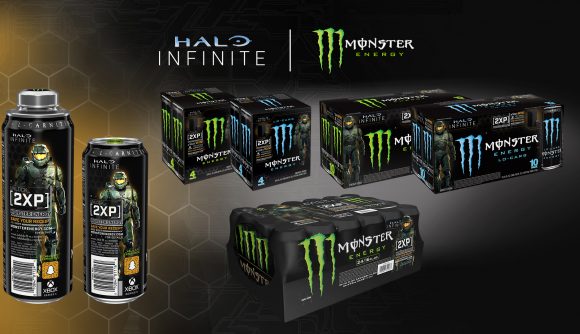 Halo Infinite was scheduled to launch for both PC and consoles alongside Xbox Series X this November, but it’s been delayed until 2021. But this late-stage delay means that some major marketing promotions for Infinite are still going on as originally scheduled, which means you can now start collecting cosmetics and XP boosts for the eventual Halo Infinite release date.

From September 1 to December 31, each can of Monster Energy that you purchase will get you a 30-minute double XP boost, up to a total of 60 hours you can bank ahead of Halo Infinite’s launch. The cans will also unlock a Snapchat filter so that you can, as the announcement says, “become the Master Chief”. There’ll also be monthly challenges that let you unlock a set of garish green-and-black weapon skins.

Yeah, it’s all extremely dumb and marketing-y, but it does indicate just how late the decision to actually delay the new Halo came through – too late, apparently, to stop the big cross-promotion deals already in place. You might wonder how Microsoft would hesitate to delay Infinite after the mixed showing in July, but a warehouse full of Monster cans with Master Chief on them might have something to do with it.

But hey, at least you can start unlocking… all this. 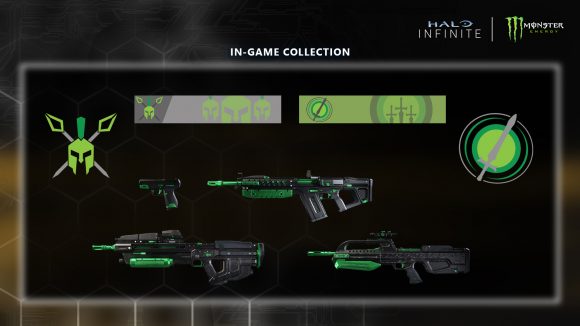 For more on FPS games, you know where to click.