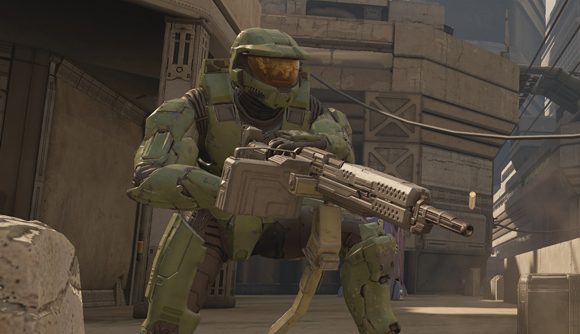 The first flight of the Halo Insider Program for the Halo: Master Chief Collection on Steam is complete and the results are in. Developer 343 Industries has given a rundown of its findings, and it looks like there are some exciting things in store for the upcoming Halo: Reach PC release. The studio is aiming for a new flighting goal for later this month – Firefight matchmaking to PC players.

In the post on Halowaypoint.com, the devs say “this flight taught us a lot about what it means to bring Halo: Reach to PC players”, and announce that it’s “done its job in helping to fully validate the scalability of our system as well as the hardware configurations. With these learnings, we can continue to scale and progress towards our next flight which should focus on Firefight Matchmaking.” Though the timescale could shift, they’re planning the next flight for later this month.

This will likely be an exciting update for fans of Halo: Reach’s Firefight mode, which in the original version let you team up with up to four pals online and tackle increasingly tricky droves of Covenant baddies in campaign-map inspired environments, either in a vehicle or on foot. Firefight Matchmaking helped you team up with similar players and and get stuck in with greater ease.

The results from this first flight are promising ahead of the Master Chief Collection’s release. The devs have said the first flight was a success, with player participation goals met and positive feedback from those involved. Hopefully this will continue into the next, and players will get to team up and test out Firefight in action.

Related: Check out everything we know about Halo on PC

There’s no date for when the next flight will kick off just yet, but the devs advise people to keep an eye out for news in the near future. If you’re keen to get involved with the Halo Insider Program, you can head to its website to sign up.