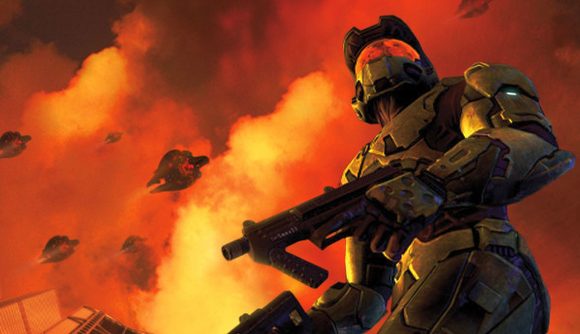 Halo: The Master Chief Collection Season 8 has landed, and with it comes the launch of modding tools for Halo 2 and Halo 3. Developer 343 Industries has unveiled the new tools that have just come to Steam for the two classic FPS games, some of which might be familiar to those who have modded Halo games before, while one “entirely new”, advanced-level program is designed to “make modding Halo even easier”.

This news comes from a Steam blog post, in which the studio offers a pretty in-depth outline of the brand-new modding tools now available for the MCC’s Halo 2 and 3, as well as an update that’s just rolled out for the Halo: Combat Evolved tools. You can either download these as their own standalone DLC packs on Steam or install them via the games in your Steam library. Within the toolkit, you’ll find several programs that are accessible to all players: Guerilla, Sapien, Tool, and Standalone, though there are a few additional bits and pieces, too.

The first of these, Guerilla, is for editing the values of game content – that is, the files collectively known as “tags”, which are for AI, bipeds, textures (AKA bitmaps), and so on. This bit of the toolkit lets you “update and alter” these aspects.

Sapien acts as a world or level editor for the games. “Internally, levels are referred to as ‘scenarios’,” the studio explains. “This program allows you to populate data related to the level itself including things such as weapon placement, AI squads, and more.”

Tool – yes, it’s called that – is a nifty bit of kit that lets you fold in “very specific changes”, with the developer referring to it as a “command-line-only Swiss Army knife” style tool. You can use Tool to perform all the tasks you need to in the way of importing source content in to the games’ tag files and building map files, with the latter being known as ‘cache files’. You can make all these adjustments with this part of the modding toolkit, 343 says.

Unleash your inner warrior. Season 8, Mythic, has officially arrived as the latest free update for Halo: The Master Chief Collection.

Standalone is the new program the studio’s created for the modding tools launch, and it’s essentially a “development build of the game itself” – so, there’s a whole lot of potential for creation with it. This part of the toolset runs directly off tag files rather than the cache type, and is primarily aimed at improving iteration times for those building and modding stuff. As you’d expect, this is really aimed at advanced modding and only for non-multiplayer development. “You can’t use it to test multiplayer levels with others and it won’t even load multiplayer levels at this moment,” the blog post says. “You could load multiplayer levels as campaign levels, but it may or may not help you in your endeavours for it.”

343 also explains that those aiming to use Standalone shouldn’t expect “all the bells and whistles” – it’s more of a “what you see is what you get sort of tool”.

It’s worth noting, as the developer explains, that for Halo 2 and Halo 3, you’ll need to own a license to the base game on Steam to be able to access to the tools, though the the Halo: CE modding tools are available to anyone, regardless of which games in the MCC you own. If you’re keen to dive in and give them a whirl, head to the Steam post linked above for the full rundown of details on how to get them running, and all the extra info you should know before getting started.