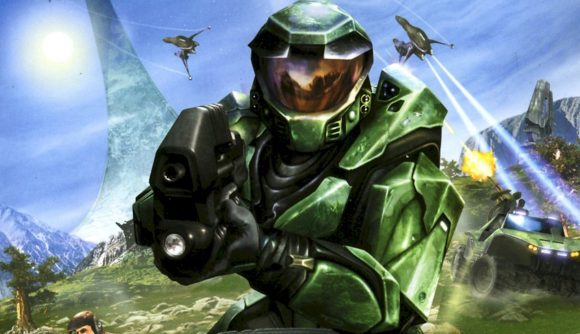 We know finally know when Halo: Reach lands on PC, so now we have to ask: when is the next piece of the Master Chief Collection going to come out? It seems like 343 Industries plans to continue its measured process of extensive beta testing – or flighting, in the Microsoft parlance – and start bringing PC players into Halo: Combat Evolved early next year.

“Once Reach comes out next month, after the holiday, we will start to reset, and we’ll start to flight Halo CE,” community director Brian Jarrard tells us. “We’re just going to keep going down the road until we fill out the rest of the collection.”

Halo CE is a bit less notable as a PC release, since it was already ported to the platform years ago, though the new version will obviously bring the Anniversary enhancements and modernised multiplayer to the table. While it might seem like a straightforward process porting these games now, Jarrard says there’s a lot more nuance to the PC releases than you’d think.

“We’re taking a game that’s very old, and we’re trying to update it for this platform – making it run at 60 fps, 4K – but also trying to account for all the requirements that PC gamers expect nowadays. That’s things like uncapped frame rates, an FOV slider, and support for different aspect ratios.”

Jarrard says “it’s been more challenging than we initially thought, and it’s taken longer than we expected. But it is important that we don’t cut corners.”

The Halo: Reach PC launch date is set for December 3, which will finally see the console-defining FPS games start their big return to computers.