Now that Halo: The Master Chief Collection has come to PC with the launch of Halo Reach, it looks like the game’s modding scene is in full swing already. Some pretty mighty MCC mods have appeared less than a week after the game’s launch, including one that thoroughly reworks Reach’s Campaign and Firefight modes.

The Halo: Reach Evolved mod by creator The Vengeful ‘Vadam is a “sandbox overhaul” of the game, which was originally released in 2010 and is the first instalment in the newly-remastered Halo: The Master Chief Collection. The mod brings “certain aspects” of the Halo series’ original three titles to Reach, as well a re-balance for the Campaign mode’s Legendary difficulty and some edits to its “encounters.”

The mod also adds all-new content and “alters the weapons and vehicles to give each tool of destruction their own distinct niche in the game.” The overall goal for the mod is to deliver a fresh gameplay experience for players to try, balanced against making it still feel like a Halo game, according to its creator (via Windows Central).

Highlights include additional types of Covenant foes, for example, Energy Sword and shield-wielding Elite enemies, to face that throw something new into the mix for Reach’s combat. Plus, the mod helps widen the number of weapon choices you might want to use for Legendary difficulty, adding some extra power to shotguns, Spikers, DMRs, and even some tweaks to the Revenant Covenant vehicle. 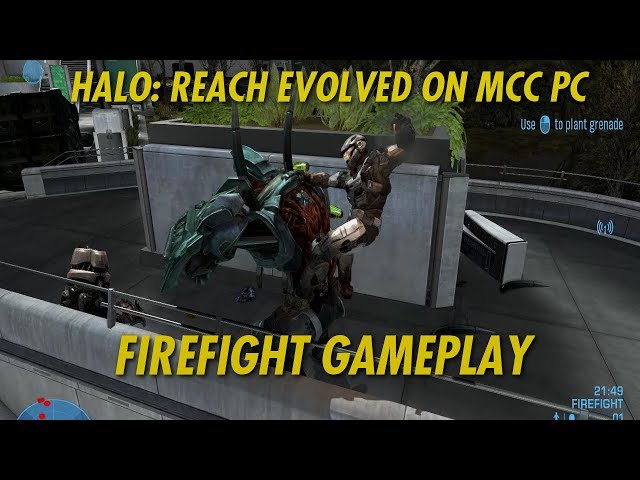 The Halo: Reach Evolved mod isn’t yet complete for PC, but you can grab the reworked Campaign mission ‘Winter Contingency’ and the Firefight mode map ‘Beachhead’ now from Nexus Mods if you’re keen to give it a go and get an idea of what’s to come. Just be sure to follow the creator’s instructions to get it up and running smoothly. You might also find our guide on how to use Halo: Reach mods handy, too.

It’s perhaps no surprise that there are already some meaty Halo: MCC mods ready for players to grab, given that 343 Industries community lead Brian Jarrard told us at X019 that players started modding Halo Reach within an hour of the first test flight. Phew.