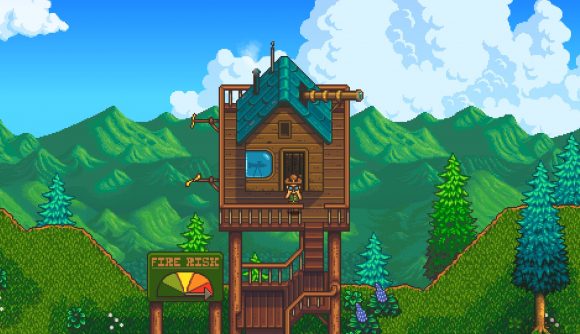 Haunted Chocolatier may look a lot like Stardew Valley visually, but developer Eric ‘Concerned Ape’ Barone has been swift to point out one of the key differences. In a new blog post on the upcoming PC game’s website, Barone has pulled back the curtain on his approach to combat, shields, and stuns.

“Haunted Chocolatier has a greater focus on combat, so it needs to be very fun, satisfying, and engaging, while also appropriately fitting into the big picture,” Barone says. “You can rest assured that I’m not ‘copying and pasting’ Stardew’s combat. On the contrary, almost everything in Haunted Chocolatier, including the combat, is completely coded (and drawn) from scratch.”

One of the things you may have noticed from Haunted Chocolatier’s reveal is that characters use shields. Barone explains that these will prove handy in blocking and stunning foes, allowing you to attack them much faster if you get the timing right. Barone is designing the system with more cautious players in mind, but there will be plenty of “other off-hand items” for those of you who like to play more aggressively.

Barone also touched on his plans to release the game. There’s no date to mark in your calendars just yet, but the developer says “everything is on the right track”.

“The bottom line is that I won’t rest or release this game until I am personally satisfied that it’s very fun and compelling, in every aspect,” he says. “If it never gets there, I’ll just never release it. But don’t worry, I have 100% faith that I’ll get it there. Everything is on the right track so far, I have the complete vision for the game in my head, and it’s just a matter of ‘grinding it out’, which is what I’m doing every day!” 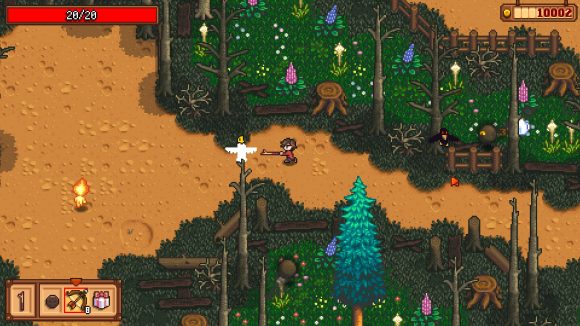 In the meantime, though, Barone says he’ll share more titbits about the game on the blog. Don’t expect a defined schedule, though, as he plans to post things “when it feels right”.