DICE’s approach to Mirror’s Edge since its release half a decade ago has been oddly tentative – as if they couldn’t quite remember ever having made a pretty parkour game, but were vaguely aware they were expected to make another one.

The Battlefield developers spent years perfecting a pitch to bring to their bosses at EA, and eventually announced a Mirror’s Edge 2 at E3 last year – but even then it was in the “early stages of development”.

Perhaps we’ll see something more substantial at EA’s LA conference tonight. If not, the custodians of the Mirror’s Edge Facebook page have some questions to answer.

Look: concept art! Here, Faith stands perilously close to the edge of a terribly tall building in her ivory City. As she is wont to do. 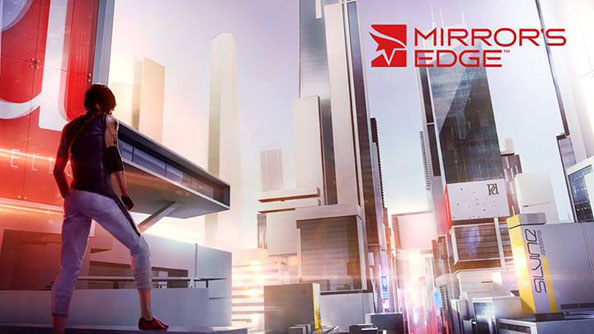 Of course, Mirror’s Edge 2 must be more than a concept at this stage. It’s a fully-fledged “origin story” for anti-establishment runner Faith that puts Frostbite 3 to use on an open world.

Tomb Raider scribbler Rhianna Pratchett wrote the original Mirror’s Edge, but hasn’t returned for this one. That’s not an especially terrible loss – whatever Pratchett’s achievements elsewhere, her working relationship with DICE led to a “hacked up” script that nobody wound up particularly invested in.

As for the open world: it’s the fulfillment of the natural parkour dream, but a little at odds with the tightly-pathed time trials at Mirror’s Edge’s core. Would you rather scoot about DICE’s wide-open city or perfect a route through repetition, do you think?