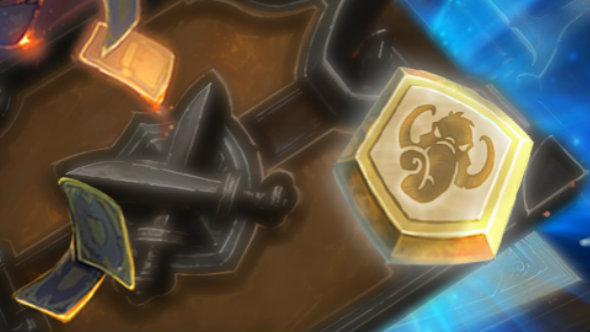 To celebrate the Year of the Mammoth and wave goodbye to that of the Kraken, Blizzard are giving away some nice rewards for players who log in over the next week or so.

Here are all the cards revealed so far for the next expansion, Journey to Un’Goro.

Blizzard revealed the news today, along with the announcement that there would be a new Year of the Mammoth Tavern Brawl on March 29. That’s also when the rewards begin.

Here’s what you get for each day of the celebration, so long as you have Hearthstone fully updated:

There are a bunch of changes coming in the Year of the Mammoth, along with some cards leaving Wild. Check that link for the details.

{"schema":{"page":{"content":{"headline":"Get gold and card pack rewards for logging into Hearthstone from March 29 to April 5","type":"news","category":"hearthstone-heroes-of-warcraft"},"user":{"loginstatus":false},"game":{"publisher":"Blizzard Entertainment","genre":"Free to Play","title":"Hearthstone","genres":["Free to Play"]}}}}