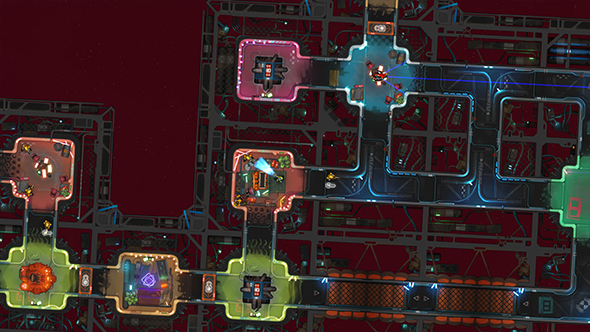 Heat Signature is a very cool game with a few standout flaws, as our 7/10 review would indicate. Response from both critics and fans was pretty similar across the board: good game, could be better. Developer Tom Francis is taking those criticisms in his stride and addressing them specifically in Heat Signature’s Fair Points update.

If you’re hungering for more creative mayhem, check out the best sandbox games on PC.

For players who’ve seen progression slow down when they can’t manage hard missions, Liberators will start to be available at character select, equipped with high-level gear to give you a fighting chance. You’ll also see even more powerful Liberators if you struggle against the endgame’s Stronghold missions.

To encourage players to take on tougher missions, some hard quests will offer a Glitchback Guarantee, teleporting you out the instant you take damage. The mission’s just as tough, since getting teleported cancels it, but you’ve no longer got the risk of permadeath in that specific instance. Shielded and armoured guards will also be getting more manageable, with guard counts now surfaced before you dive in and new traps to help you deal with them. And if you really, really hate permadeath, there’s now a cheat to turn it off, you cheater.

New visual options are also here to help make the game more clear, especially for colourblind players. Simple art mode will make all ships look as basic as possible to help with readability, and the troublesome-to-spot explosive will now be annotated when they appear on-screen.

There’s also a new acid weapon that melts the flesh off of enemies. Nobody asked for that but it seems like a fun addition.

Heat Signature has already been a solid success for its developer, and with free updates like this it’s only getting better. Just don’t expect too many more of them, as Francis says “this update is a one-off, we don’t plan to do updates like this on a regular basis. We might add items from time to time, but only buy the game if you want the game as it stands – we don’t make promises about future content.” I’d call that a fair point.