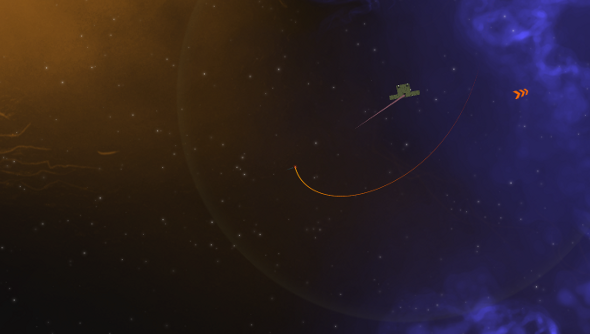 Heat Signature, Tom Francis’ sneaky space game is looking a bit different since he last showed it off. Last week, Francis announced that it had received a visual overhaul courtesy of John Roberts, who also worked on Gunpoint, but a new development video shows that it’s also got new, appropriately spacey music and a bunch of new mechanics.

Take a gander below.

I do love tricking AI, even if it’s often a bit like kicking a baby. Heat Signature’s AI seems especially open to manipulation, which is probably why it’s possible for one person to take on countless spaceships filled with armed guards. Guards who fly back really far when hit.

Unfortunately the comical knock back physics probably won’t be long for this world.

Francis also announced that guinea pigs can now sign up to test the game, which you can do right here.