Bluetooth gaming headphones. That kinda sounds a bit oxymoronic, given that aural latency can be as jarring to a gaming experience as general input lag. But the wireless connection technology has come a long way in the last few years, and the latest version of Bluetooth has minimised latency to the point where gaming peripheral performance is practically indistinguishable from a wired connection.

Now, the Helm True Wireless 5.0 headphones aren’t specifically gaming buds, but they’ve got the latest tech built into them and mean you don’t have to lug around a bulky dedicated headset when you’re gaming on your laptop. Just pair them up and listen to them go, on the go.

Sure, you can get chunky wireless gaming headsets that connect via Bluetooth, such as the great-sounding Audeze Mobius or HyperX Orbit S, but the Helm Audio buds are simple, discreet, last for hours and sound pretty darned good themselves. And that’s true whether you’re fragging on your gaming laptop, or listening to high-end audio on your phone.

The diminutive Helm True Wireless 5.0 headphones have been designed to sit comfortably in your ears, despite containing both battery and wireless technology inside them, as well as high-spec audio drivers. The little hook sits inside the curls of your ears adding stability and means they sit in your lugholes without wobbling or ever feeling like they’re going to pop out at the slightest tilt of your head.

Being ear-buds anyway they come with some seriously impressive passive noise cancelling chops too. That’s maybe not so good when you’re cycling around town, but great when you’re trying to block out the pleading tones of loved ones you’re trying to ignore while gaming. 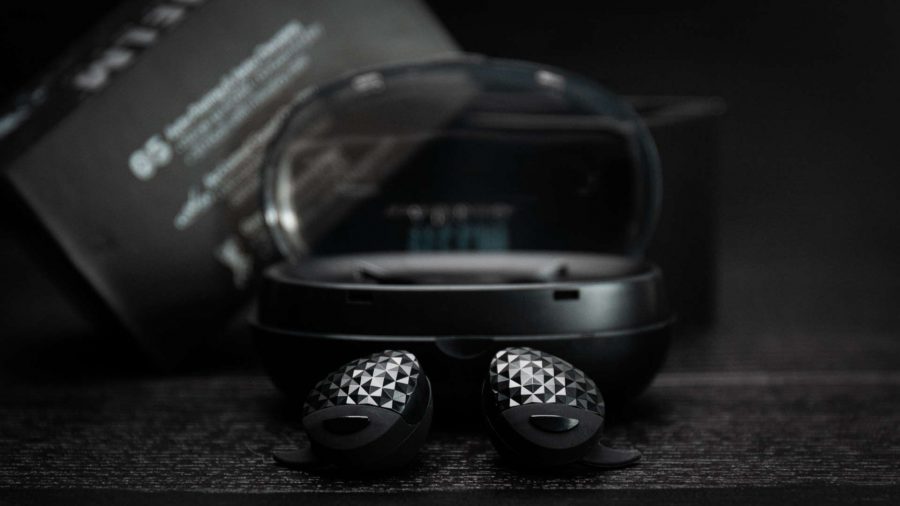 How convenient. Which is kind of the watchword of the Helm True Wireless 5.0 headphones. The auto-pairing functionality, which means they’ll power on and try and pair with their nearest Bluetooth buddy device as soon as you pick them out of the little carry-case box, is super-convenient.

I did experience the odd time where one bud wouldn’t auto-connect, or would sometimes fail to pick up its True Wireless twinsy, which meant having to jab the physical buttons on either ear-bud a few times before giving up and having to shut them both off altogether and restart them. But most of the time they would almost instantly pick up my paired device and start working before I’d even jammed them into my ears. 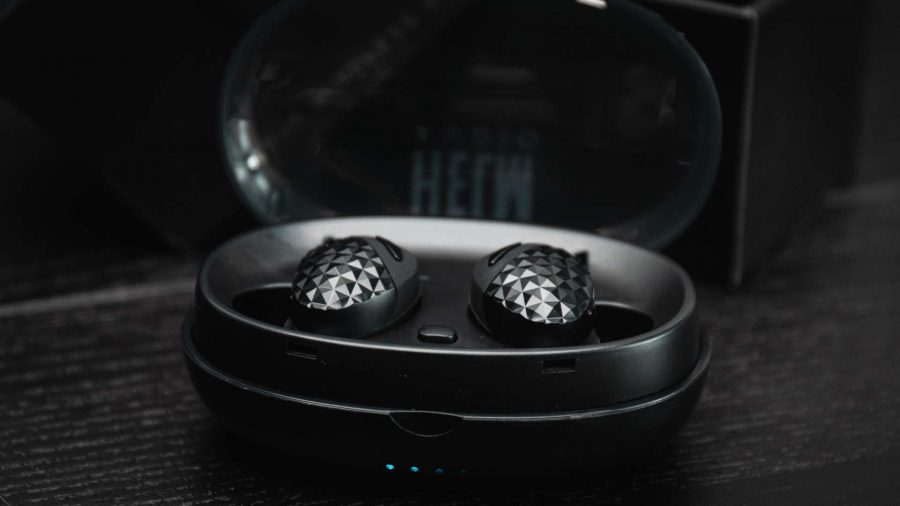 Each bud on its own will deliver between six and eight hours of play time, but with the charging functionality of the carry-case you can add another 30-odd hours of charge onto that figure without ever having to go near a plug socket. Essentially you’re barely ever going to be without charge unless you forget to ever connect the case to a power source.

The flip side of that particular feature is that if you don’t have that carry-case anymore, for example, if it fell out of your pocket while cycling home after work having forgotten to zip up the pocket of your jacket, then you’re going to be a bit stuck for how to charge them back up again… Luckily Helm Audio offers the charging case as a supplementary purchase for a reasonable price should you be so foolish.

But all the convenience in the world is for naught if the audio performance isn’t there. And thankfully it is, in spades. Or buckets. Or some other analogy that works better with a non-physical subject such as sound.

The Helm True Wireless 5.0 headphones can deliver CD-quality sound via the AptX support, which means you can get decent bitrate audio sans physical connection. And that also means you’ve got ample bandwidth to garner great game audio too. The bass levels are impressive for in-ear headphones, and the high-end is incredibly sharp too. The trade-off is that the mid-range isn’t quite so detailed, but they still deliver an altogether excellent aural experience. 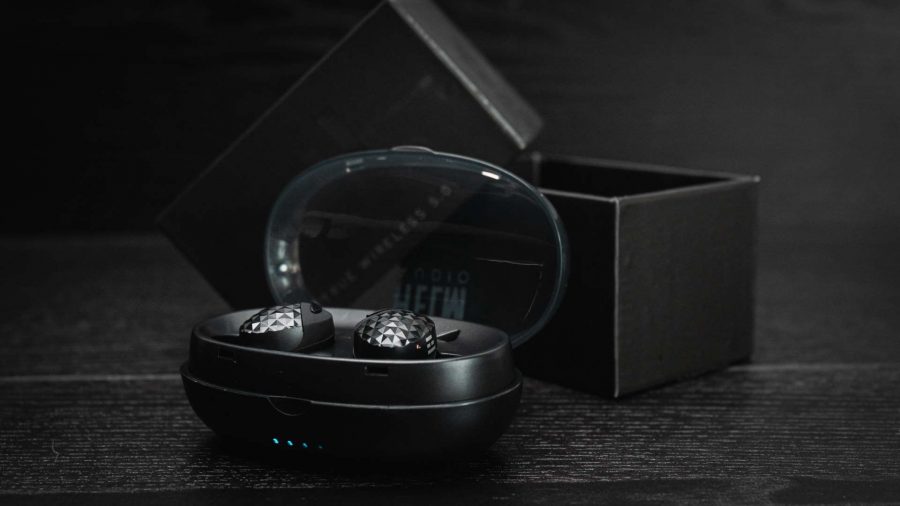 And, despite being an in-ear set the Helm True Wireless 5.0 headphones are able to recreate an impressive soundstage too. They don’t ever feel too closed in, which makes gameworlds feel natural, vibrant, and alive.

Each bud comes with a microphone to aid clarity while chatting, so you won’t miss out on the sparkling gaming bantz either. Or will at least get to hurl abuse back…

These impressive ear-buds are packed with tech, offer a whole lot of battery life, and yet still don’t feel like they’re flapping around your earholes with unnecessary weight. And considering what you’re getting aren’t too pricey either.

Sure, topping $100 means they’re not an automatic purchase, and the occasional connection foibles are temporarily frustrating, but as a set of headphones you could equally use with your phone as your gaming laptop they’re a great purchase. The Helm True Wireless 5.0 headphones are smartly designed, well-specced, and deliver a quality wireless gaming experience.

While not necessarily designed specifically for gaming, these advanced Bluetooth ear-buds have the aural chops for high-fidelity game audio and the tech to make them a convenient pairing for your gaming laptop.