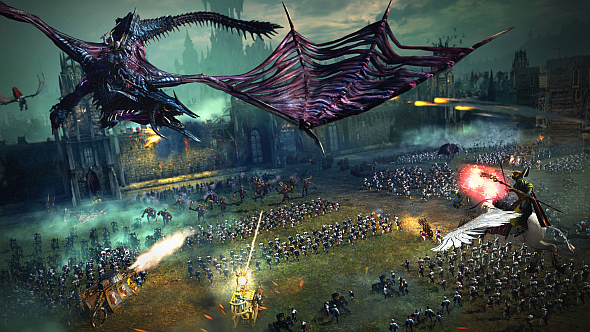 Total War has never been better. Warhammer’s introduction has shored up the main series as well as furnished us with a whole new offshoot to enjoy. But if you were to read some of the comments on the Total War Facebook page, you would be forgiven for believing otherwise. Comments such as the below, for example.

Want to know how the finished game stacks up? Here’s our full review of Total War: Warhammer 2.

And, elegant in its simplicity:

It’s tempting to condemn these fans for their apparent entitlement in demanding that a game developer make what they want. But they’re missing an important point, from which they can take heart: Warhammer is good news for all Total War fans, even the history ones.

Like in Total War, you need money to make stuff 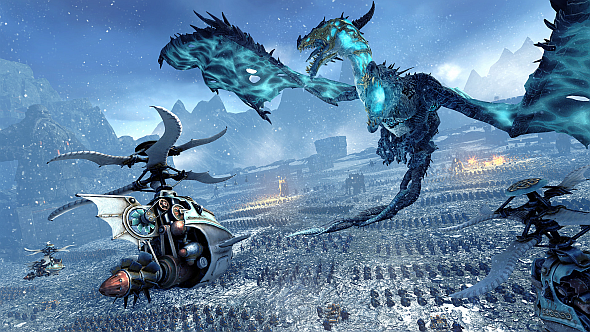 Total War: Warhammer has been a roaring success. It smashed series sales records within days, and roughly 1.6 million people now own it on Steam. Creative Assembly say its DLC has been the most lucrative they’ve ever made (the phrase “off the chart”was used). When I visited them for the Wood Elves reveal last November, they were talking in very ambitious terms about the future of the franchise, and made clear it was thanks to Warhammer.

That talk has been borne out since, with the recent announcement of Total War Sagas being only the most obvious example. This is an entire new series of historical spin-off games, focusing on powder-keg moments in history, rather than whole eras.

Amusingly, it still wasn’t enough for some history fans. On Facebook, someone said:

To which the pained reply of Total War’s Facebook manager was:

As well as, not instead of

You’d be amazed how many other historical fans seemed to miss the point. Someone else decided they would only turn against Warhammer because of the announcement of more historical games. Seriously. Here’s their logic:

Yeah, everything, apart from the historical setting, the real-time tactics battles, the turn-based strategy, and everything else that defines Total War, and which Sagas will retain according to director Jack Lusted.

The commenter seems to think that main-sequence historical games aren’t happening, or that Sagas will contain less gameplay because they’re spin-offs. Lusted addresses the latter point:

“The game that I’m currently working on has a map that is comparable in gameplay size to Total War: Attila, but focused on a smaller geographic area, and the campaign will take as long to complete as any other Total War title does.”

Moreover, Creative Assembly have repeatedly stressed that the next main sequence game is still in development, and will represent a new height of ambition for the studio. So, between Sagas and traditional Total War, CA say they have “more games in production than we’ve ever had before, and historical games form the majority of our forthcoming releases.”

Warhammer isn’t coming at the expense of historical Total War; it has enabled CA to make more. Historical fans just have to be a bit patient – history, after all, is famously reliant on the passing of time. 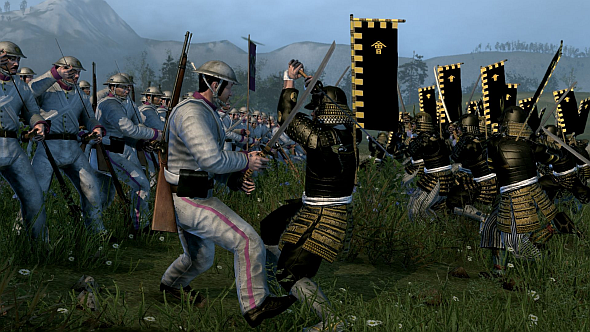 A slightly more contentious point is the impact Warhammer will have on the design of the historical series. The asymmetries between Warhammer’s factions were part of why it felt so fresh compared to its historical predecessors, so I asked Total War’s creative director, Mike Simpson, whether that’ll be retained in future titles.

“I think we will find ways to create differences like that,” he says. “There are many, many different game cores in the campaign side […] things like politics, technologies, skills, traits, retinues, characters and so on.” With respect to these, Simpson says “I can imagine some factions having a strongly different flavour.”

These asymmetries may not be “quite as extreme” as in fantasy – given that factions inspired by real history tend to not be made of goblins – but Simpson says “we can probably get close… The rules of the game are an abstraction of the real world, and by doing a slightly different abstraction for a different faction, you can change it.”

Historical fans’ response to these asymmetries may have got lost in the cacophony of their hatred of elves, but if they’re sceptical, they should really give them a chance; the variety they add to the franchise’s gameplay is a big part of why Total Warhammer is one of its best-rated entries. It’s not just because we simple-minded plebs with our “Merlin chat” think dragons are badass.

So take heart, history fans – you’re about to get loads of history. So much history. More history than you’ve ever seen in all of human history. It’ll probably be more interesting and fun to play than the history you’ve had before.

And you’ll have fantasy to thank for it.