It should come as no surprise, with this the third entry in the new trilogy, but Hitman 3 is generally very well optimised on PC. Being cross-generational hasn’t affected the PC version at all, with all the same upgrades as the Xbox Series X and PS5 present on PC, too.

The Hitman 3 launcher gives you the option to tweak graphics settings before launching the game proper, and Hitman 3 even has a playable benchmark, which is an excellent way to see how the game behaves when you throw everything feasible at it. Settings, both in-game and in the launcher, aren’t particularly extensive and there’s no easy to switch presets, but it’s a step up from Hitman 2. The PC also gets variable rate shading, motion blur, and simulation quality options over its console counterparts. Unlike some recent triple-A titles, the in-game graphics settings menu doesn’t do a particularly good job of explaining what you’re changing, but it’s serviceable and there are some descriptions.

The main difficulty in testing a game like Hitman 3 is that for the vast majority of gameplay you’ll be sneaking around, but there’s a ton of detail and additional particle and cloth effects that kick into action when you do start shooting. This can tank performance considerably, but it’s very rare that you’ll encounter situations like this while playing.

if you’re still on the fence about 47’s latest outing then read more about it in our Hitman 3 review, or buy Hitman 3 here. We’ve also got a list of the best stealth games on PC if you want to pick out an alternative.

We’ve tinkered with all of the Hitman 3 PC settings both using the benchmark and in-game to find the best graphics options to tune for the best performance gains without sacrificing visual quality.

On this setup, running the game at ultra we averaged between 100fps and 113fps depending on the level. With settings optimised a little, we were comfortably able to reach 120fps on all levels. It’s worth flagging that when we went on a shooting spree in Dartmoor, which is packed with lots of destructible goodies, the average was closer to 90fps with some significant dips down to 30fps when firing a fully automatic weapon at a bookshelf.

If you want to squeeze as many frames as possible out of Hitman 3 without hurting the gorgeous visuals, then try these out. 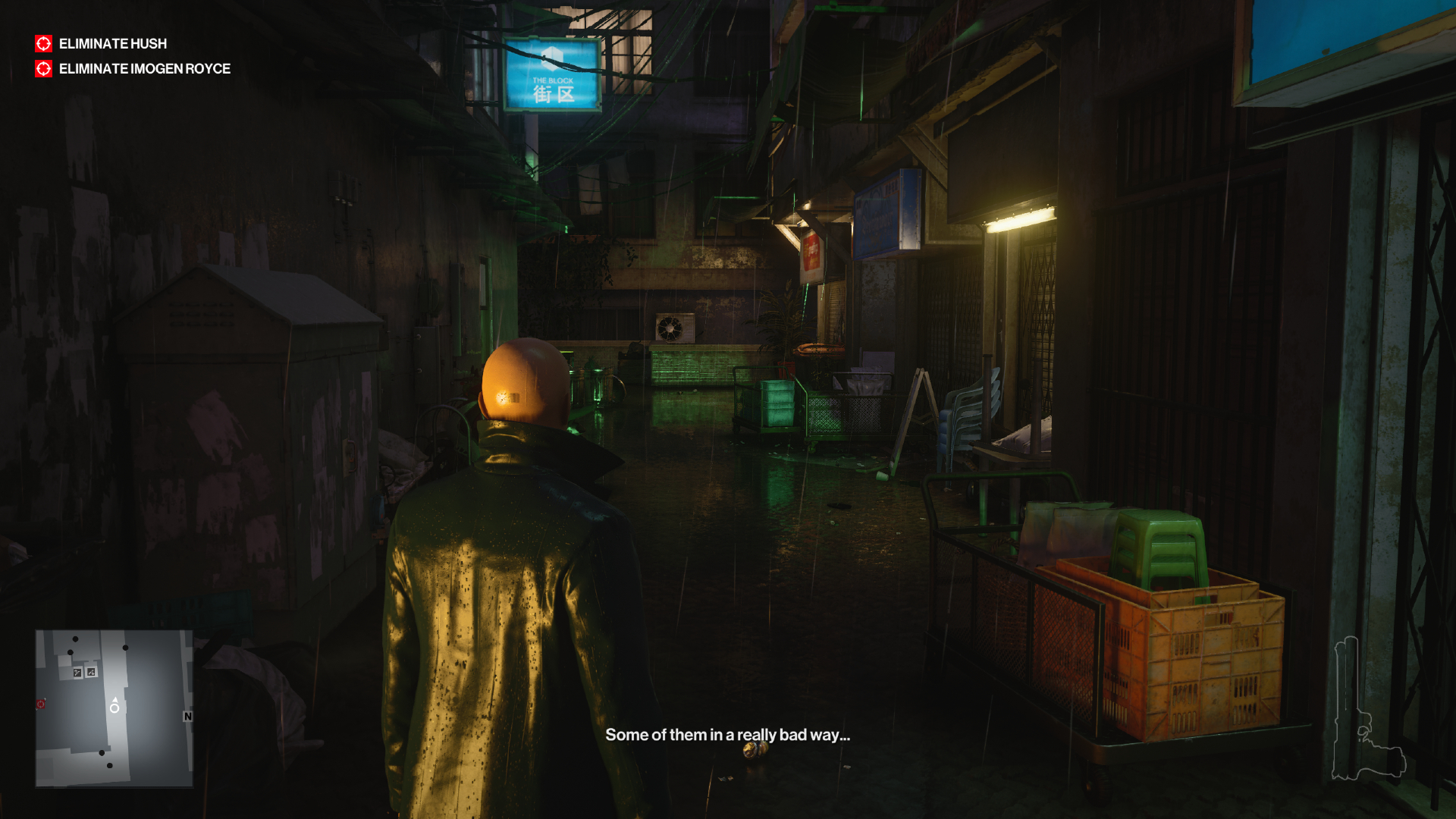 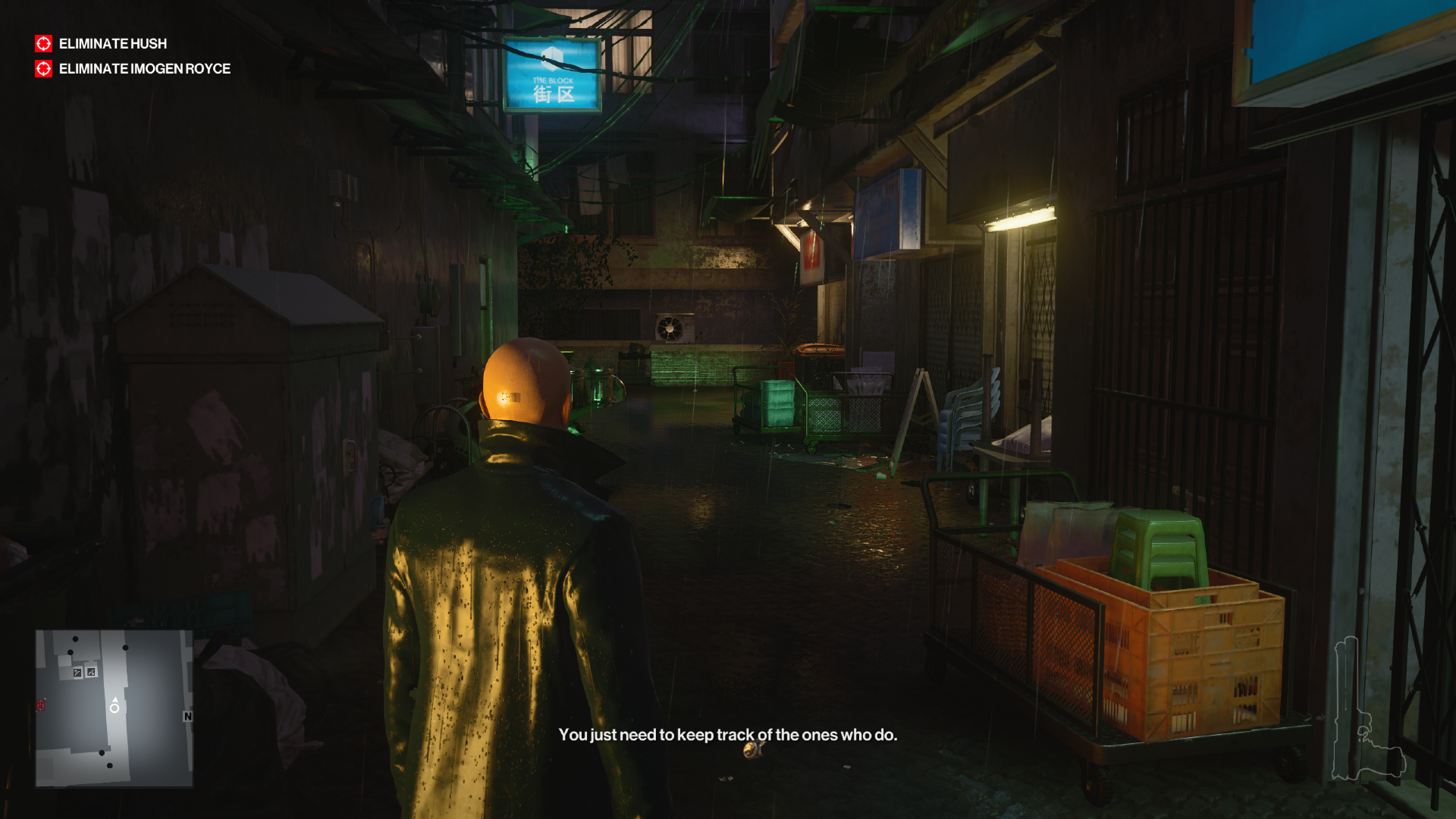 We’ve also included a quick comparison between ultra and low settings, to show some of the key differences between the two. It should be noted that Hitman 3 does look pretty good even with everything turned down low.

As you can see, low level of detail results in much less vegetation and foliage in the shot. Surfaces are drab with much less detail and shading. There’s almost no detail in the reflections whatsoever – you can just about make out the objects, but that’s it. In the foreground you can spot a tiny bit more detail and texture on 47’s coat, but it’s probably the area with the least difference visually between the two. The crates on the right show the clearest difference between the two in terms of lighting and detail.

Setting simulation quality down to base, in my experience, offered the easiest performance increase with the least impact on visual fidelity. I managed an 8% performance boost with this setting turned to base, and it’s really hard to notice it in-game unless you start going on a rampage. From what I can tell, there’s less destruction in the levels and distant crowds move a little more rigidly.

Shadow quality being reduced to high will also give you a slight boost of around 2% without any real downgrade to visuals. You need to really focus on the shadow using the in-game camera to spot the difference between that and the highest setting.

Finally, turning SSAO down to high won’t be noticeable unless you’re looking to take high quality shots, and it nets a neat 5% performance increase.

Can you run it? Check the Hitman 3 system requirements 2021 on PCGameBenchmark.