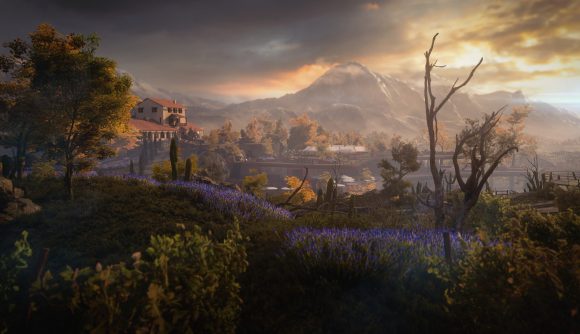 IO Interactive has now lifted the veil on all six Hitman 3 locations, ahead of the game’s launch later this month. The studio had already revealed the first four locations, but they’ve now confirmed that Agent 47 will be heading to Argentina and Romania in the conclusion to the World of Assassination trilogy.

Mendoza, Argentina will be the game’s penultimate location. “As one of the most well-known wine regions in South America,” the devs explain. “Mendoza is the perfect place to take in the beautiful sights and acquired tastes of Argentina. From the sloping hills to the modern vineyards, there’s plenty of opportunity to explore.”

The finale will take us to the Carpathian Mountains in Romania. The devs don’t have much to say on this one in the official announcement, but Romania is the home of Dr. Ort-Meyer, the scientist who created 47. Romania has been a playable location in some of the earliest Hitman titles, so it looks like Hitman 3 is bringing things back full circle.

The other four (previously-announced) locations are Dubai, Dartmoor, Berlin, and Chongqing. We got some extensive playtime with Dubai and Dartmoor as part of a recent preview event, and Hitman 3 is looking mighty fine so far.

The Hitman 3 release date is set for January 20. For more upcoming PC games, you can follow that link.