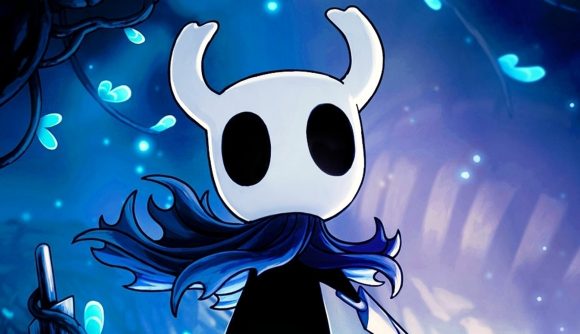 This month popular Metroidvania-meets-Dark Souls title Hollow Knight broke its all-time concurrent player count on Steam, which is good news – but it’s a little inexplicable why it has happened now, four years after the game’s release. Could it be rising excitement over the still-upcoming Hollow Knight: Silksong?

Hollow Knight released in February 2017 on PC before appearing on consoles, and on PC alone it quickly grew in popularity. Developer Team Cherry revealed that Hollow Knight had sold over one million copies on PC alone, and that was all the way back in 2018. A lot of people have played it in the last few years, in other words.

On August 5, Hollow Knight broke its all-time peak concurrent player count according to SteamDB, which now stands at 12,891. Player counts have been steadily rising since June, it seems, with the previous peak of 11,893 players appearing on June 24. Prior to June, the highest player count fell on April 2020 at 11,508 – which at least corresponded with Hollow Knight’s appearance in the big charity Humble Bundle to fight coronavirus.

This time there doesn’t appear to be any particular reason why so many players should suddenly be playing Hollow Knight. It may be related to excitement over the upcoming sequel Hollow Knight: Silksong, but as that game was a no-show for E3 2021 in June that may not be the answer.

We’ve reached out to Team Cherry to see if they have any idea for Hollow Knight’s sudden surge in popularity.