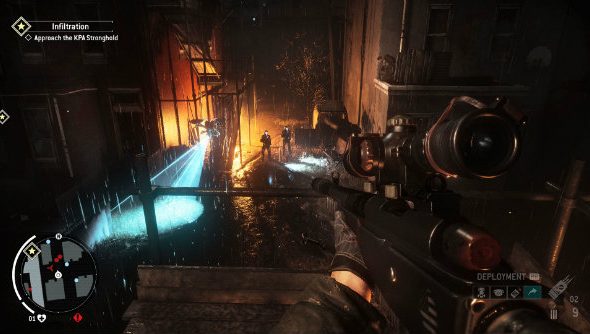 For anyone tenacious enough to make it to the end of Homefront: The Revolution, there’s a refreshingly candid message from the game’s director waiting for you.

Have you made it to the credits in all of out best FPS games yet?

It’s been no secret that Homefront: The Revolution had a troubled development, but it’s not often a developer would openly talk about this sort of thing, particularly not in the game’s credits.

The note, “A Word from the Game Director,” appears upon completion and gives a brief summary of the game’s history, issues and all. See the full letter from studio head Hasit Zala – via Twitter user @DrKarateChop-below.

“Homefront: The Revolution has been in development for just over 4 years and as some of you may be aware the path has not always been a smooth one. Several reboots, the original publisher going into liquidation, the development studio changing ownership… I could go on. Thankfully throughout all these difficult times key people have kept faith and belief in the IP and the team’s ability to deliver a quality game, and I would especially like to acknowledge [Koch Media’s] Klemens Kundratitz’ and Huw Beynon’s unwavering support without which this game and this studio would not exist.

“For the team members that have made it to the end I salute you for your endeavour. To create a game of this size and complexity with a relatively small team is a remarkable achievement. For those that we lost along the way, I would like to thank you for all your contributions and you will find your names in the special thank you section.

“Finally for all of you that have enjoyed playing this game, I promise you – this is just the beginning!”

Homefront: The Revolution’s struggles began when original publisher THQ went bust in 2012. A year later and Crytek owned the IP, which saw the game shift to CryEngine, before the IP was later sold to publisher Deep Silver. Following all that, it’s a miracle it ever saw the light of day, really.

Check out our PC port review of Homefront: The Revolution before seeing if you can make it to the end credits.