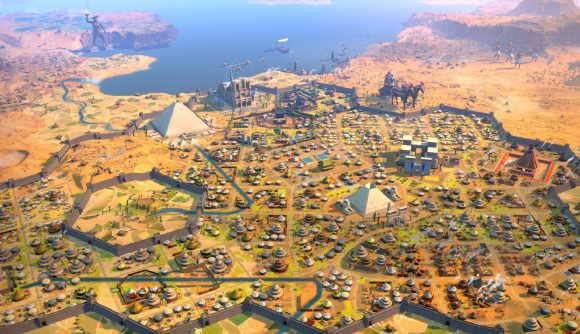 Sega recently released its Q2 2021 financial results, part of which includes a short Q&A dealing with major questions that arose from them. While it’s only a brief mention, someone did ask about the performance of recently released 4X game Humankind.

While Sega wasn’t able to talk about specific financial performance, CEO Haruki Satomi mentioned in his response to the question that the strategy game had a “good start” and that “we can expect to make this a series in the future.”

“We find potential in this title, and it has become an IP we want to nurture for a long time,” Satomi says. “Although we cannot disclose specific figures as the revenue from the business deal are also included, it is undoubtedly a title that contributed to the Q2 results.” We really enjoyed the game, as you can tell from our Humankind review, and not only did it attract some very healthy player numbers at launch, it was also the best-selling PC game on Steam for August 2021. The idea of a Humankind 2 is very exciting, to say the least, although we’re happy to let this first one spread its wings as there’s still plenty of potential to unlock.

Recently, Humankind received some beta mod tools, and developer Amplitude has partnered with mod.io to power its modding ecosystem. There’s a brief primer available for how this is all going to work.

Thanks to GameWatcher for the spot.