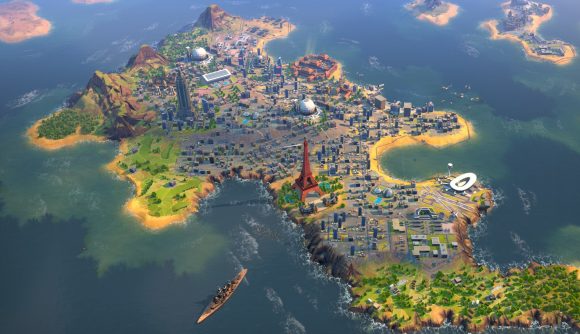 Humankind recently received a beta version of its mod tools, and the developers previously released a basic guide on how creators and users can start to employ Humankind mods now that Amplitude Studios is ready for us to move beyond maps and camera alterations. What you may also have noticed that the studio has partnered with a third party called mod.io to help fuel this new era.

In case you’re wondering why you’ve never heard of mod.io before, it’s because it’s new, but one of the founders is no stranger to mods – Scott Reismanis is one of the original founders of modding powerhouse ModDB. “I founded ModDB in 2002, because my friends and I loved discovering creative content to play,” he tells us. “Back then, mods were scattered all over the internet and half the time the links didn’t work, so ModDB really was a selfish endeavour to solve that and it was inspired by IMDB (hence the name).”

ModDB and its main rival Nexus, along with Valve’s own Steam Workshop, can easily be considered the holy trinity of PC gaming mods, which begs the question what gap mod.io is trying to fill. “ModDB provides a very unstructured way of organising modding,” Scott says. “Any user can add any piece of content and connect it with anything on the site, so it’s totally unofficial and manual.

“The purpose of mod.io is very different. It is designed to be a highly organised modding solution that can be officially adopted by gaming studios to power their creator ecosystem… mod.io’s APIs and SDKs allow developers and fans to build tools and integrations, automating the installation of mods in-game so they’re accessible to all players. 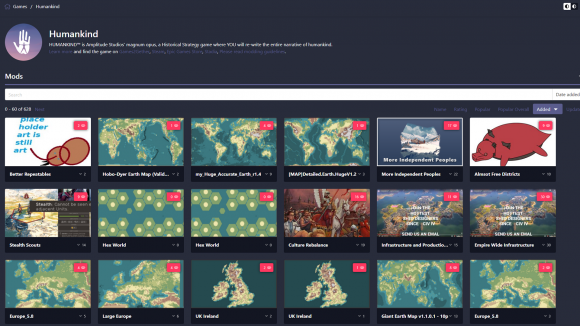 “Doing it this way opens up a lot of possibilities since making mods accessible and official, makes them available for all players to enjoy (not just the hardcore fans), and we can work hand-in-hand with gaming studios to innovate and do cool things that ModDB could not.”

From Amplitude’s perspective at least, mod.io offers the studio a way to integrate the Steam-based mod tools into the game better, as well as better cross-platform support. “Mod.io is a platform-agnostic service, allowing players to download and enjoy mods no matter which version of Humankind they own,” a studio representative tells us.

“Whether it’s on Steam, Epic Games Store, or Xbox Game Pass for PC, we wanted players to be able to easily access any mods, and for modders to reach as many people as possible.” 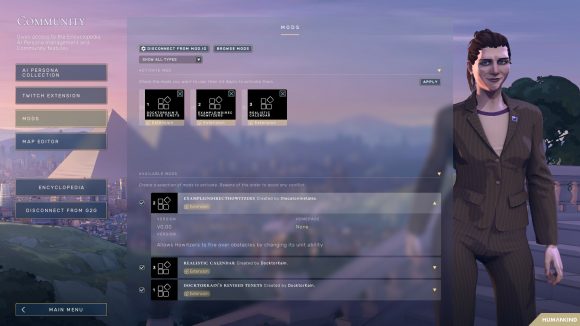 The studio isn’t sure whether or not partnering with mod.io will lead to any mods that wouldn’t have been possible just on Steam or uploaded to ModDB, but it has used the service to run competitions. Before now, the only mods that populated Humankind’s mod.io page were map mods, mainly because the studio ran a map creation contest in the weeks following the 4X game’s release.

Amplitude is also planning to make its own “official” mod for the strategy game, which the community will also vote on. “The community has been voting via Games2Gether on a flagship mod for the game that we will provide. Somewhat unsurprisingly, they have voted for an Endless mod!” This is a reference to Amplitude’s previous strategy series, Endless Legend and Endless Space. 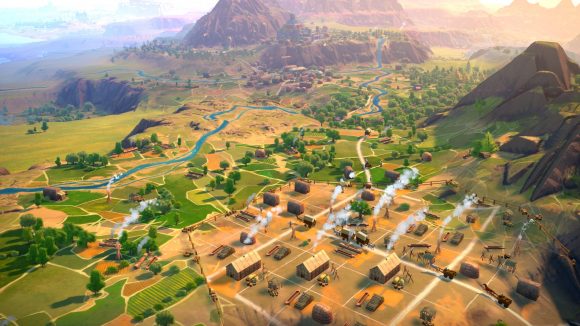 For Reismanis, he still holds a vision of modding as an aspect that’s generally kept “at arms length” by game creators, as he views it – a vision he hopes to change. “We want mods to be recognised as the driving force for longevity, goodwill, and engagement in games,” he says, “helping studios recognise, tap into, and benefit from it.

“Everything we are building, from creator events and metrics, embeddable web apps, Discord bots and discovery tools are designed to let studios build a stronger bond with their creator community; a bond that is mutually beneficial and done in a safe, scalable, and approachable way.”

Read our Humankind review if you haven’t already, otherwise keep an eye out for any future games mod.io decides to partner with. Apparently Scott has his eyes on S.T.A.L.K.E.R. 2.