So you want to know about Humankind’s influence mechanics? This multifaceted resource is the new 4X game’s answer to ‘culture’, but it’s also a resource used to pay various costs, and has a notable impact on Humankind’s diplomacy, even leading to war with other civilisations.

Thankfully, it starts off as a relatively simple concept, but as the game progresses and you start butting up against the territories of your neighbours, the more important it becomes. Generating influence is also directly related to one set of era star sets you can earn in each era. Era stars net you fame points, which is how you win Humankind.

Like industry, food, and science – influence is a resource you can generate, and your net gain can fall below zero, which drains your influence ‘stock’ if you’re not careful – this results in your cities gradually losing stability, which is a bad situation to be in. Influence is largely generated by territories, but there are other circumstances where it can be acquired, especially in the Neolithic era. Here’s a quick guide to influence in Humankind, including how you spend it and everything else you need to know.

How to acquire influence in Humankind

Influence is mainly produced by owning cities and territories. Each city has a main plaza which generates a basic level of influence, the plaza can be upgraded via techs and civics. You can also build other districts and infrastructure projects dedicated to influence generation, and there are also public ceremonies – one off special events a city can enact to improve output in a specific area.

Besides that, completing cultural wonders generates influence and there are other legacy traits, religious tenets, and even technologies that generally improve influence generation.

During the Neolithic era specifically, you can search the map for ‘curiosities’ which give you a one-off influence boon (but it won’t affect turn-to-turn generation). It can be useful to spend some extra time in the Neolithic era to find and collect these curiosities, to generate a nice pool of currency to spend on claiming territory for when you finally settle down. 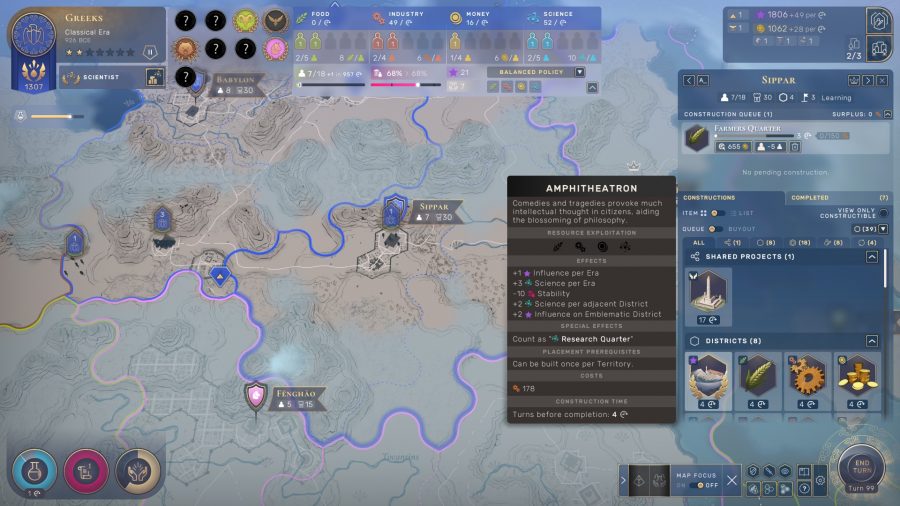 Influence, as a currency, operates more like money than it does food, industry, or science. You can spend your influence on these primary things:

That’s a lot of pressure on a single currency, so generating enough of it quickly is going to be central to most strategies, regardless of what affinities you’re technically following. 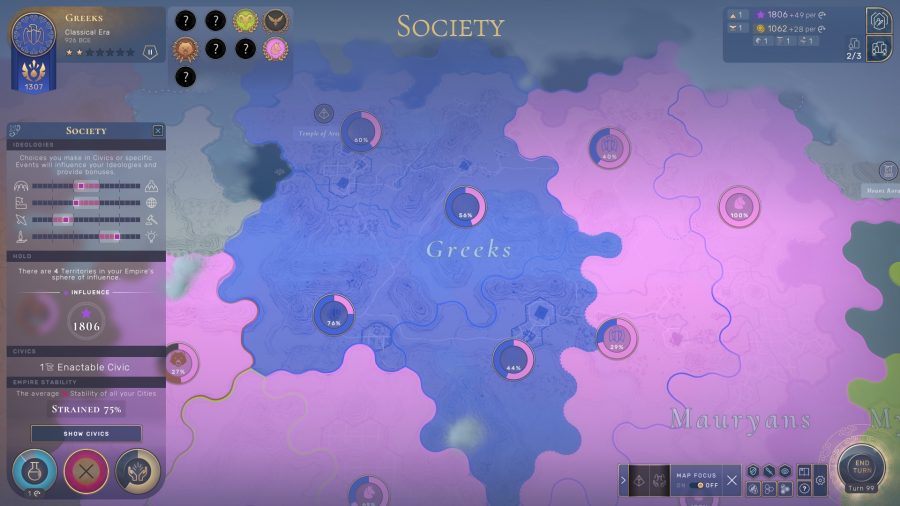 What is the difference between influence and sphere of influence?

Just in case you were worried this was all a bit too easy to understand, Humankind also has a ‘sphere of influence’ mechanic that draws upon, but is also distinct from, influence production. 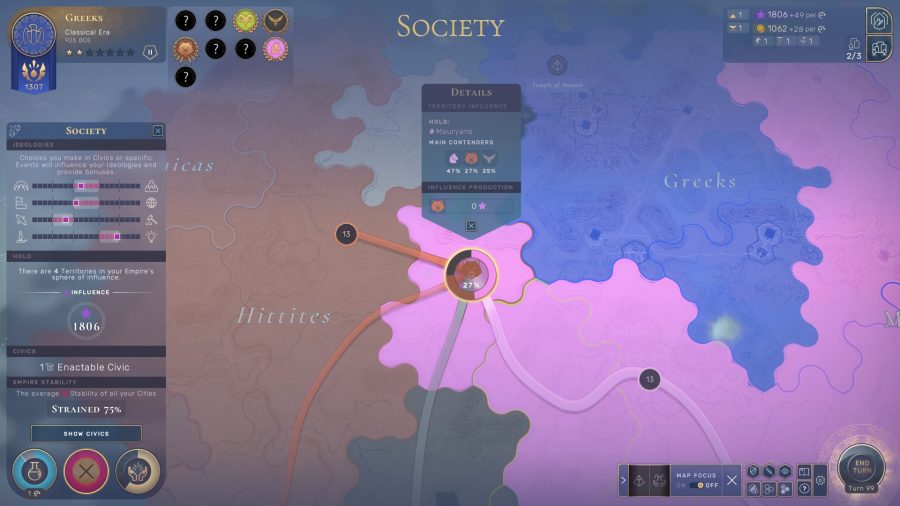 If you manage to add another empire’s territory to your sphere of influence, you’ll generate a grievance (a diplomatic ‘hook’ which can enable certain interactions) with that empire that will give you a chance to demand it from them. If not, it’s also a sound justification for war, and it will affect you and your opponent’s war support.

There’s no direct economic benefit from having a foreign territory within your sphere of influence without owning it, but including a territory will then let you influence territories further afield, allowing you to spread your clout far beyond your immediate borderlands.

It’s worth stating that the reverse can happen as well, and if you’re not careful your territories can end up in another empire’s sphere of influence, which will give your opponent grievances they can use against you. 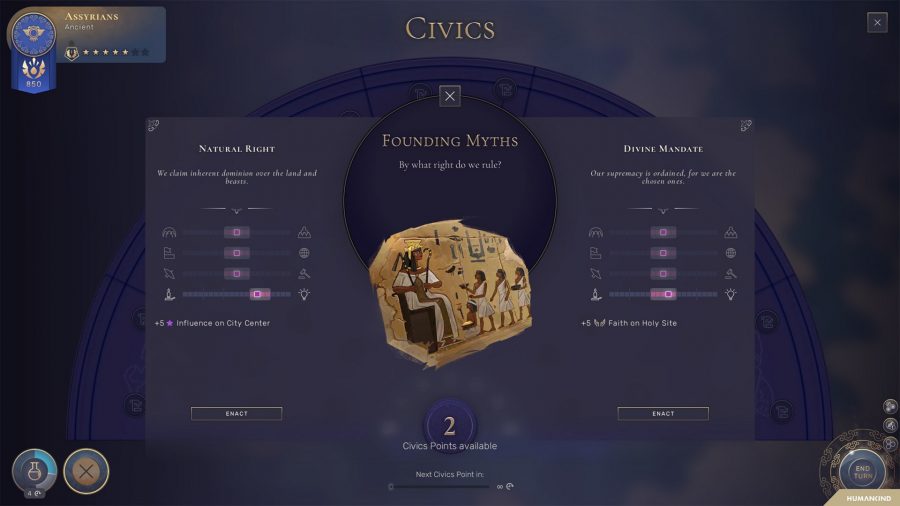 If you have territories that have fallen under another empire’s sphere of influence, there are two other things to watch out for, good and bad.

Technological osmosis triggers at regular intervals, which results in one of two things. You can learn one of your opponent’s techs for a money cost, although you can choose not to for a small tech boost instead. If the rival empire has no techs worth, er, borrowing, then whenever the osmosis event triggers you can simply opt for a slightly larger tech boost.

Osmosis is only possible though if your nation’s ideology is similar enough to the nation that has some of your territories in their sphere of influence. If the similarity is too low you’ll instead be prompted to adopt some of that empire’s civics. You can refuse, but this then confers a stability penalty on the city that’s under foreign influence.

We hope this gives you everything you need to know about influence in Humankind. You should also check our AI persona guide if you want help creating your own avatar, or learning about the pre-set ones.