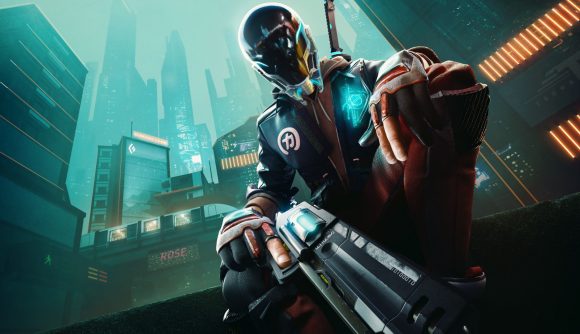 Hyper Scape is Ubisoft’s new free-to-play battle royale shooter. Specifically, it’s being made by Ubisoft Montreal, the team which led development on Rainbow Six Siege, and it seems the studio’s experience working on that shooter put it in good stead when it came to making Hyper Scape.

The developer’s senior producer, Graeme Jennings, tells PCGamesN: “Rainbow Six Siege is smaller in terms of multiplayer because it’s ten players, and there’s For Honor as well – they’ve set the table for what games as a service looks like. So we were able to get plenty of learnings from them in terms of how to run the servers well, how to run deployments of patches, which has really helped us build the foundation.

“The rest is the work this team has done on top, and we’ve got some veterans on this team from various places who have years and years of experience on challenges like this.”

Specifically, it seems the studio’s work on Siege was beneficial from a technical standpoint: “So we started from the Siege technology base,” Jennings says. “They obviously have very strong and solid infrastructure, which gave us something to build on, and then we scaled that tech to accommodate 100 players on a 1×1 kilometre map.

“In terms of the abilities that we designed, that really comes from the core prototype phase, where we looked at things that could be cool, worked together, and would be fun within a multiplayer environment. We’re close to the Rainbow [Six Siege] team in terms of tech, but less so in terms of content and design.”

Hyper Scape is currently in a technical test phase, with a full launch coming further down the line on PC as well as PS4 and Xbox One. Hopefully it can be as fun as Rainbow Six Siege has proved to be, even if they’re actually quite different games.

For more on the new shooter, check out all the Hyper Scape gameplay details – alternatively you might be interested in our lists of the best battle royale games or the best FPS games. Tasty.