The HyperX Cloud II has been my pick as the best gaming headset since it first launched around two-and-a-half years ago. In that time many challengers have come and gone, and HyperX themselves have taken care to only release different headsets, not rivals to its place on the throne… until now. Bear witness to the Cloud Alpha, the rightful heir to the Cloud crown.

Until the Cloud Alpha launches these are the best gaming headsets  around today.

I’m going to stick my neck out and say this is going to be the ultimate sub-$100 gaming headset. I had the opportunity to play with the HyperX Cloud Alpha today, and speak to Mark Fuller, one of the engineers in the HyperX Technical Labs in the UK.

The audio is crisp and accurate, with detailed separation and a broader soundscape than I can remember on any gaming headset I’ve tested, especially one that costs less than $100. It’s a circumaural, closed-back design, but with the way the new driver chamber has been designed – with discrete chambers for low, mid-range, and high-frequency audio – it feels closer to an open-back headset.

And that’s exactly what HyperX have been aiming for to replace the phenomenally successful Cloud II.

“We’ve gone through all of the design process looking at all the [Cloud II] feedback,” Fuller says, “and going ‘can we do this and keep it cost-effective’. And this is basically what we managed to do, within the budget that we wanted to give the consumers, and with the features that they’re looking for.

“We’ve managed to hit most of what the customers asked for for under $100.”

What they were asking for was improved bass response, detachable cables, breathable ear-cups, and a broader, more robust design. It is a touch heavier than its forebear, 298g vs 272g, but the new design has the same style points, while seeming utterly indestructible. And broad enough to be able to fit around a yeti’s skull.

What the consumers didn’t ask for, however, was a completely redesigned ear-cup and a whole new dual chamber technology. 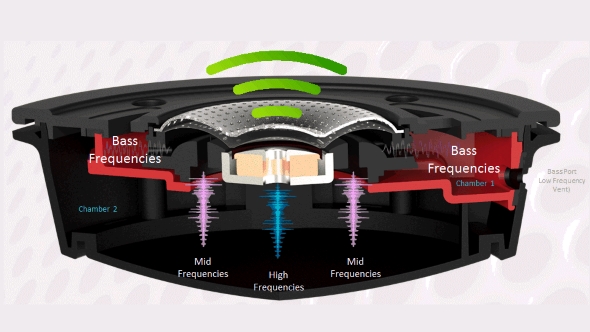 “You’ve got the two sub-chambers on either side for the bass,” Fuller explains, “and the size of the holes determines the frequency that can enter them. Obviously, if the sound wave is too large for the hole it will bounce out. Under 600Hz will go into the bass chamber, over 600Hz will bounce down and go into the central chamber.

“It’s filtered in the centre chamber, so you get highs in the middle and mids around the outside and then bass even further out to the side. The idea is that when that comes back out it’s all coming out as separate channels.”

And after an audio demo, running a little high-res Aphex Twin, amongst other tracks I brought along with me, I can say the new drivers are pretty damned impressive.

“Obviously it’s still only two channel sound,” says Fuller, “but you don’t get the sort of cross-fade and overlap that you do at high volumes, and at high bass, that you have on some other headsets.” 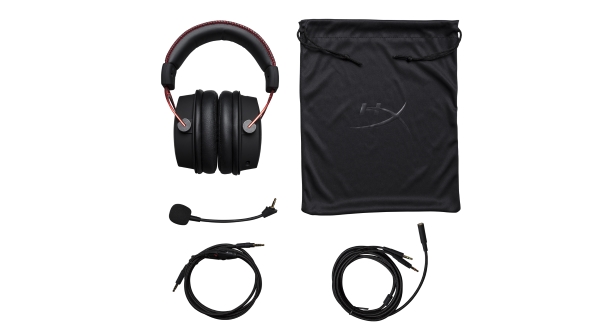 HyperX have also made the frequency range broader on the new Cloud Alpha, too. The Cloud II offers a range, at 15Hz – 25kHz, that’s unprecedented in the sub-$100 price point, but with the Cloud Alpha hitting 13Hz – 27kHz they’re getting on towards what the $250 Razer Thresher delivers.

But it’s not just the 50mm drivers that have been improved, they’ve also listened to feedback about the noise-cancelling of their microphone. And they’ve used their own Alloy keyboard to tune the new mic, most especially the chatty Cherry MX Blue mechanical switches used on it. 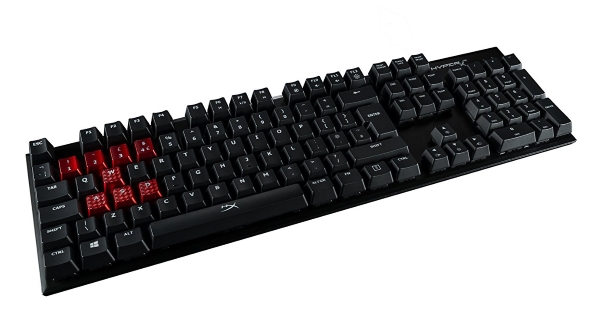 The Blue switches are apparently close to the frequency of voice chat, making it quick tricky to tune out. But HyperX have tuned the noise cancelling specifically to the noise of the most annoying mechanical switch around, which is sure to please anyone on the other end of a voice chat.

The HyperX Cloud Alpha is shipping in a month, on September 25, with a global launch, and I cannot wait to get my hands (ears?) on the new king of gaming headsets.