The original HyperX Cloud II reigned supreme as the best gaming headset for around two-and-a-half years before another set of cans took the crown, making the HyperX Cloud II Wireless something of an inevitability. And sure enough, cutting the cord doesn’t sacrifice the solid build quality and exceptional soundscape its predecessor is known for, but it does create a few sore spots that prevent it from having the same impact.

‘If it ain’t broke, don’t fix it’ is the motto here, as you’d be forgiven for confusing the two if they sat side by side. The HyperX Cloud II Wireless features the same aluminium body coated in matte black with a red frame and logos on the side, but there are a handful of physical differences if you peer in closer.

Moving past the minor stuff, like the logo now being indented across the top rather than stitched in, the biggest changes are on the ear cups. In lieu of a wired DAC that originally provided inline controls, the right can has a volume wheel and the left lets you power the headset on, plug in your detachable microphone, and mute it. Better yet, there’s a mute LED near the receiver that lights up red to prevent you from accidentally talking into the void. We’ve all done it.

Cumbersome cables are replaced with a 2.4GHz USB Type A dongle, which is about as plug-and-play as you can get. You don’t even need to download HyperX’s Ngenuity software to get things working.

In fact, if you’re not tempted by the options to enable mic monitoring, adjust the period of inactivity, or flick between 7.1 surround sound and stereo – the latter of which you can do in Windows 10 directly – then the application is a digital paperweight while it’s in beta. The install might be justified if you have other HyperX products that can take advantage of it, but until you can fiddle about with equalisers, change the game/chat balance, or fine-tune the microphone, Ngenuity is sorely lacking with such a high-end headset. 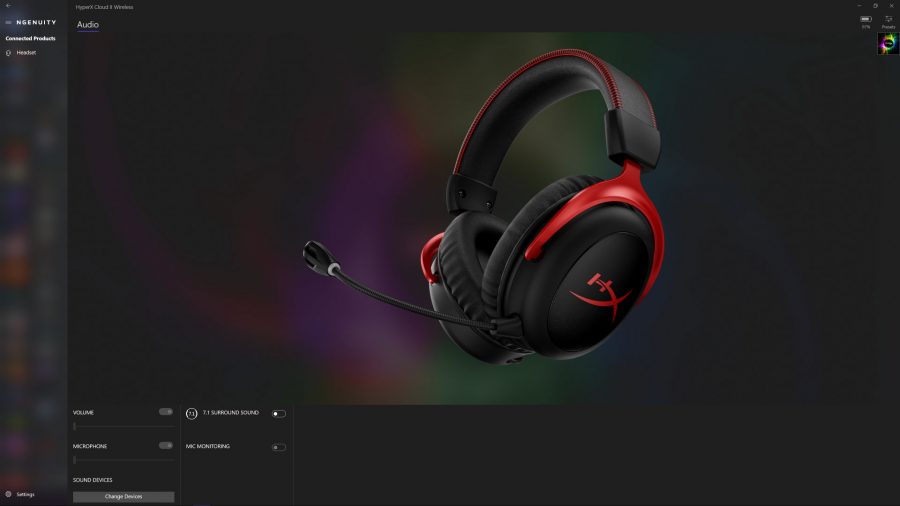 The HyperX Cloud II Wireless is primarily designed to work with PC and PlayStation 4, but it also connects to the Nintendo Switch when docked if you don’t mind giving up the mic in most multiplayer games. For obvious USB Type C-shaped reasons, it isn’t compatible when the Switch is in handheld mode, and perhaps more curiously it doesn’t work with Xbox consoles either. Try with all your might, you can’t use the microphone’s 3.5mm input or USB Type C charging port to connect the headset to other devices, and without Bluetooth support, it’s not great for general use beyond your PC or Sony console.

Although compatibility might be cloudy, the dongle it so heavily relies on grants the HyperX Cloud II Wireless low latency with any device it connects to, meaning lips are synchronised and footsteps are heard in real time. This is common practice among the top wireless headsets, but it’s a worthy distinction compared to ones that just use Bluetooth.

Wireless signal stays strong up to 20 metres (65 feet) according to HyperX, which might come into play if you live somewhere more capacious, but it’s more than enough in the area I tested it in. Sound began to cut out when I introduced a few walls between the headset and the dongle, but it otherwise held up better than the far more expensive SteelSeries Arctis Pro Wireless.

The Cloud II Wireless has an outstanding battery life, too. HyperX says that the headset can last up to 30 hours before it needs charging. I didn’t quite hit that rating, getting to the 28-hour mark before having to plug it in, but it still lasts noticeably longer than similarly priced competitors. You also won’t need to wait around for very long when you inevitably chuck it on charge, as it takes just over an hour to juice it up halfway and two and a half hours to hit 100%. 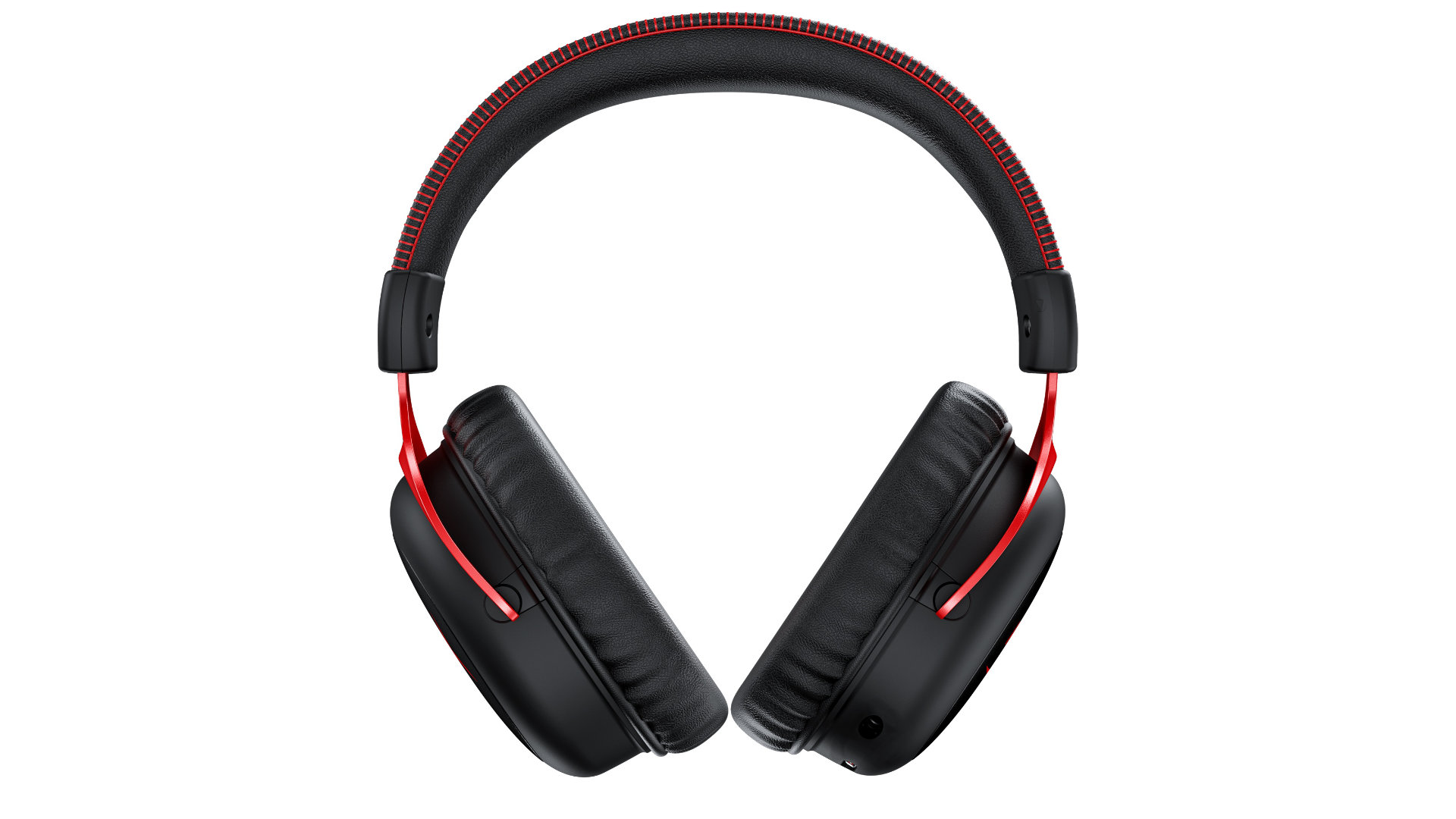 Beneath the closed-back cans are slightly larger than average 53mm drivers, much like its predecessor. The frequency range takes a hit at a maximum of 20kHz compared to the original wired HyperX Cloud II’s 25kHz, but this is in line with wireless competitors in this price bracket, like the SteelSeries Arctis 7 and Logitech G533 Wireless.

Thankfully, the Cloud II Wireless still sounds fantastic, which is fortunate considering you’re stuck with the sound profile it comes with. The EQ is relatively neutral with pronounced mids, and while there’s still a slight leaning towards lower tones than highs, the lack of bass boosting means you’ll get the same clarity hearing footsteps in Rainbow Six Siege as you will picking out each instrument in your favourite songs.

HyperX’s proprietary virtual 7.1 surround sound is also a delight when paired with the right game, movie, or when listening to music, standing up to competitors like Dolby and THX. Positional audio is about where you’d expect it to be, allowing you to hear conversations over your shoulder and pillage villages in Assassin’s Creed Valhalla in utter immersion.

The microphone is a little less impressive and certainly won’t win any awards with a lack of depth and resolution. Of course, wireless headset mics often show more compression than their wired counterparts, and the HyperX Cloud II Wireless’s noise cancellation at least succeeds at keeping the clicks and clacks of a mechanical keyboard to a minimum, but there’s little else to say other than the mic simply works. 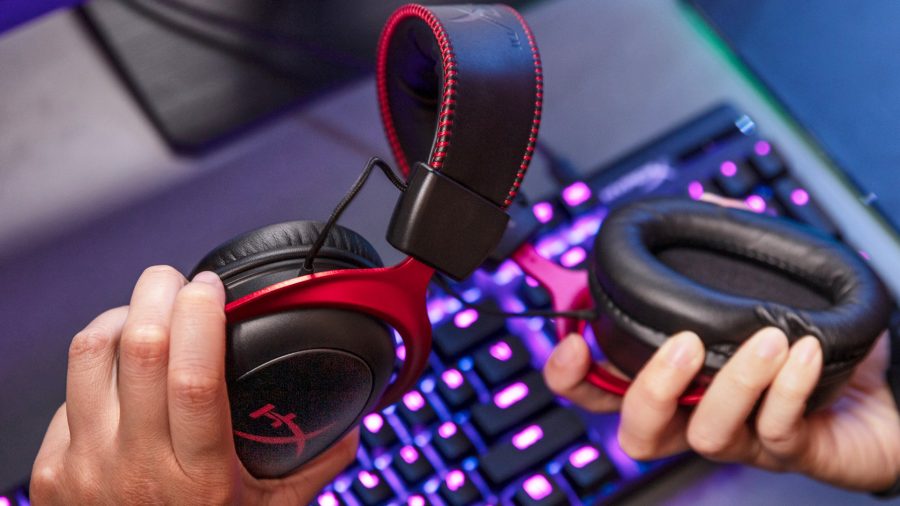 The Cloud II Wireless leans into its namesake, weighing next to nothing as it sits over your ears. At 300g (309g with the microphone attached), it’s considerably lighter than the wired model’s 320g (350g with the cable microphone and cable plugged in). The cushioned headband and ear pads suspend it effortlessly with minimal fatigue after wearing it for hours on end, and the snug fit also stops sound from leaking, but the leatherette can get quite warm compared to the breathable material that SteelSeries uses.

It’s common to see exposed wires connecting the cans to the headband, as the more expensive Razer BlackShark V2 Pro does the same thing, but the amount of slack on the Cloud II Wireless is almost the antithesis of the freedom you’re supposed to get by going wireless, and it leaves me worrying they’re going to catch and snag on things. There’s little reason for them to be so loose, too, as the cups don’t adjust that far.

I also have a minor gripe that the ear cups don’t rotate. They didn’t on the original and they don’t on Razer’s alternative, so this is less of an expectation, but it’s nice to be able to dangle a headset around your neck with the ear cups folded inwards. 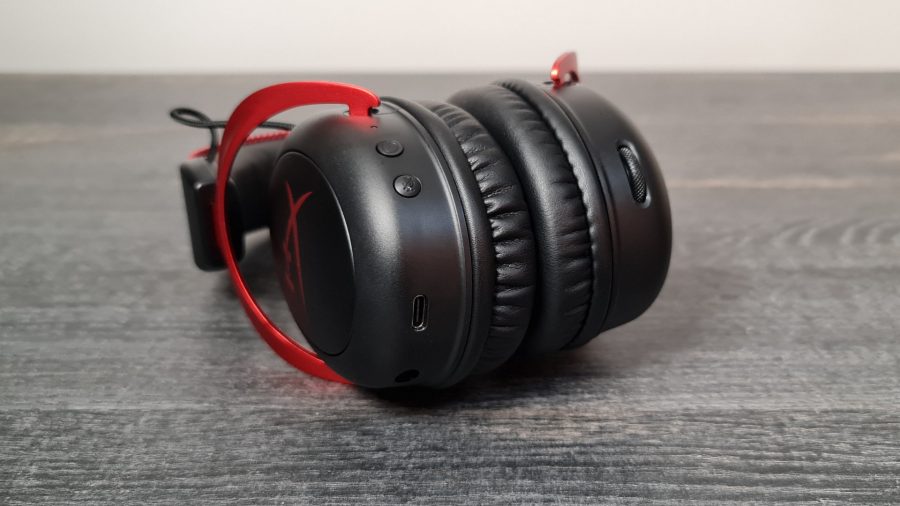 The real issue is the $150 / £150 price point for the Cloud II Wireless. On one hand, it punches above its weight with a brilliant battery life, good wireless range, and better audio quality than some pricier headsets. On the other hand, you’re paying $50 / £65 more than the original for a wireless connection that’s a bit fussier, and a headset that has fewer features than competitors in the same price range.

The Cloud II Wireless is sandwiched between headsets of better value. Investing $10 extra for the SteelSeries Arctis 7 or $30 extra for Razer’s BlackShark V2 Pro gives you access to more robust software, a clearer microphone, and wider compatibility. Even the compromises made on cheaper headsets like the Sennheiser GSP 370 and Corsair HS70 Pro are worth it for the price you pay.

HyperX could improve the value of its Cloud II Wireless over time, whether that’s slashing the price to something more in line with its competitors or bolstering the software with options. As it stands, though, it might be a tough sell, especially if you’re already rocking the wired version.

It's two steps forward, one step back as the headset boasts wonderful tonal separation and battery life, but HyperX overestimates its value compared to others in the same price range.