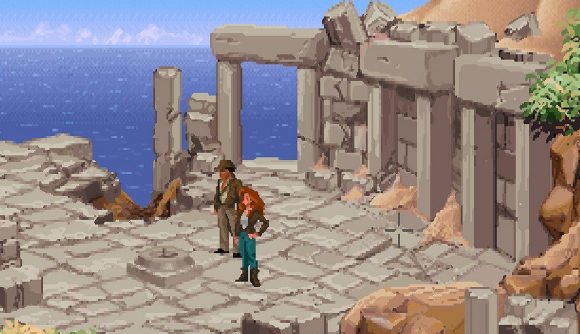 Another month, another round of games headed to Amazon's Prime Gaming subscription. August's goodies have now been unveiled and, among a bunch of other indie games, there's one very special – and super retro – addition from LucasArts' back catalogue: Indiana Jones an the Fate of Atlantis.

Launched way, way back in 1992, the classic game is a point-and-click affair about the famous tomb-raiding, museum-stocking hero. As per usual, Indy's enemies are the Nazis, who are looking to get their grubby mitts on a weapon more dangerous than the atom bomb, which was responsible for the destruction of the mythological city of Atlantis – or so the game's story goes. There are more than 200 locations featured in the game, as its Steam page explains, and there are fistfights to win, balloon rides and car chases to survive, and lots of smart-ass one-liners.

Elsewhere in Prime Gaming's August haul is first-person adventure game Metamorphosis, which lets you tackle a surrealist world as a weeny bug called Gregor, and Planet Alpha – a 2018 action-adventure game set in an alien world where you'll need to “harness the power of night and day as you struggle to survive”.

Puzzle games A Normal Lost Phone and Another Lost Phone: Laura’s Story, graphic adventure game Secret Files: Tunguska, and Lost Horizon 2 – a title about a British soldier who has to fight to save his family, who are caught up in a battle between powerful foes – make up the remaining games coming up for Prime members next month. 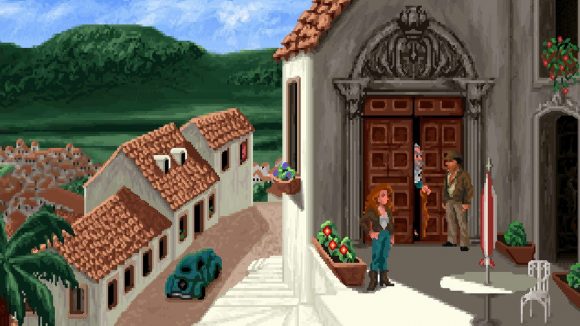 Alongside the new games, there are some other goodies coming up for Genshin Impact to help you level up (60 Primogems, 8 Hero’s Wit, and 5 Mushroom Pizzas), as well as those two Battlefield games Prime’s giving away at various times. There’s also a seven-day renown booster up for grabs for Rainbow Six Siege, some items for Sea of Thieves (a Ruby Splashtail Hull, a Ruby Splashtail Hull pack, and a Knife Trick emote), and a gun buddy for Vallorant.

If you’re keen to sign up to Amazon’s Prime Gaming to grab these August games and content, you can head to the site at that link.