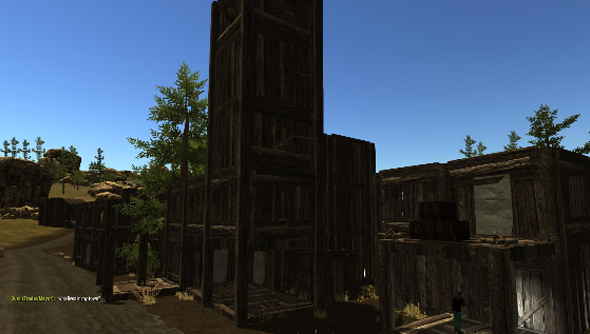 Survivalist griefer’s paradise Rust has been bought on no fewer than one million occasions – which is a good thing when you read our Rust review – says Facepunch founder Garry Newman. That’s about half a gazillion, or an upturned ha’penny thrillion.

250,000 of those purchases were made in the last two weeks – meaning sales have kept somewhat steady (and silly) during the two months Rust’s been on Steam Early Access.

While developers Facepunch have been “blown away” by the numbers and support, they’ve called the game’s popularity “unjustifiable” – “both a blessing and a curse”.

Asked whether his Ferrari was made out of gold or diamonds, Newman replied: “millions of Ferraris”.

By January 30, Rust had been on Steam for a month and a half and sold 750,000 copies. That’s the blessing part. It occupied the peak slot on the Steam Top Sellers list for two weeks – and at the time had made Facepunch about two-thirds the money Garry’s Mod did in eight years (“and we never imagined reaching GMod’s popularity again”).

“We feel like we aren’t making it clear enough that the game is Early Access,” said Newman at the end of last month. “Rust is still in development. This isn’t 95% finished, like a regular beta. This is 10% finished. We’ve got the bare bone foundations of a game here. We’re still developing it.”

The plan had been to release Rust on Early Access with little to no fanfare, and build a slowburn community via regular updates. Only when the game was “ready” would it be advertised to a wider audience.

Evidently, that didn’t happen. The consequence for the team at Facepunch, beyond instant joy and bewilderment, has been a kind of “sensory overload”. That’s the curse bit.

“We see all these amazing things happening, voices from all directions, ideas, bugs, cheaters, and we’re scrambling to catch up with everything,” Newman wrote on January 30.

“So please don’t be offended if we’re not doing what you want us to, if we don’t respond to emails or tweets, if we’re not administrating the servers properly. We are still adjusting our trajectory, there’s still a lot we want to do.”

Major changes are coming to the game on a weekly basis. Zombies were removed from Rust over the weekend, replaced with placeholder animals until Facepunch are ready to reveal their surprise antagonists.

When our Matt played it last month, however, he found afrontier player civilisationwaiting. Rust is already dead good. Have you had a go with it yet?