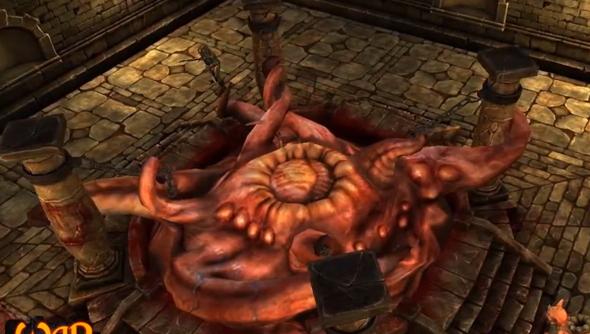 Kickstarted back in January, War for the Overworld has marched itself into beta. Celebrating that fact, the developers have released a new trailer and invite non-Kickstarter backers to get in on the malevolent fun of constructing dungeons within which you maim and torture adventuring heroes.

Subterranean Games haven’t hidden the fact that they’re making a spiritual successor to the Dungeon Keeper games, buffing the graphics and interface into a modern day sheen.It’s looking like a faithful production, which all the major assets being recognisable from Bullfrog’s management game. In some respects maybe a little too close, all those cubes of look like the simple geometry of the 90s, not the many-sided shapes of the 10s. (Is that how we’re referring to this decade?)

Oh, and did we mention that it’s got Richard Ridings reprising his role as mentor from Dungeon Keeper (I still have my fingers crossed that there’ll be a little of his Peppa Pig voice in there, too)

You can buy into the Bedrock beta through Steam.