Seriously, if Intel tries to tell us that the new Coffee Lake processors are to be called ‘9th Gen’ chips I’m going to lose my poop. A 4% performance bump really isn’t enough for it to be denoted as a whole new generation. And I don’t care if they want to talk about the fact that it’s squeezed eight cores into an Intel i9 for the first time in a mainstream desktop part either. That doesn’t make it a new generation – sure it’s going to be faster than a Core i7 8700K, but it’s also going to be in a whole new tier of processor pricing too.

Sigh. To be fair the 9600K’s single core performance has also improved over the 8600K, and by more than 4% this time too. It’s 6.5% quicker in the Geekbench single core metrics. Super big whoop, right?

It was hard enough to get excited when Intel was only offering 10% performance increases on a yearly cadence, but this is just getting ridiculous. The Core i9 9900K better be frickin’ amazing… but I’m really starting to have my doubts. 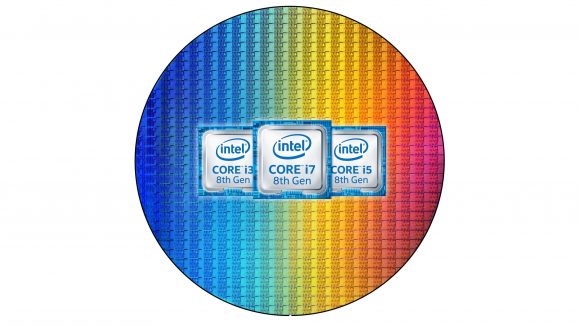 I guess we’ll see soon enough because now all three of the top K-series CPUs from the next Intel processor launch have leaked onto the Geekbench database, which surely means that we can’t be too far away from a final release. Much of the speculation has been built around an October launch, which is sounding pretty solid right now.

And there has even been an exclusive review of one of them online from El Chapuzas Informatico. It posted a rather underwhelming review of the Core i7 9700K, displaying gaming performance numbers which put it at around the same level as the AMD Ryzen 7 2700X.

If the leaked Intel pricing we saw last week is any indication then Intel is going to be asking another $100 for the eight-core, eight-thread Core i7 over the top Ryzen processor. And you’ll get largely the same level of performance in games for your extra outlay, but a fair bit lower in any multi-threaded apps you use. Bargain.

The other sticking point from that review is that, despite running the 9700K on an unreleased Z390 motherboard, El Chaps was only able to get an all-core overclock of 5GHz. Considering it’s sporting a 4.9GHz single core Turbo rating that’s pretty weak sauce.

This non-HyperThreaded octa-core is looking less and less like a chip you’re going to want to spend $400 on.