It now seems certain that Intel’s 8-core Coffee Lake i9 will  be backwards compatible with existing Z370 motherboards. MSI was busy last week delivering updated BIOS files for its current high-end boards in order to ready them for the Intel Coffee Lake refresh, and Asus has also dropped a host of new BIOS updates too.

Someone has now dug into the microcode for the 1602 update for the Asus TUF 370-Pro Gaming and has found built-in support for the CPU ID known to be linked to the new Coffee Lake 8-core processor. The 906EC ID was found in a previous defect fix doc relating to Intel’s XTU software.

If you’re after a new board for your Intel build these are the best Intel motherboards.

Intel has already confirmed that it will have a host of new processors dropping into our gaming motherboards soon – and we’re expecting an Intel i9 to be one of them –  though it is still being rather coy about them. But that lack of consistent messaging from Intel hasn’t stopped MSI from listed a host of new BIOS updates for its existing Z370 motherboards with the single description “Support New Generation CPU!”

We were quite hopeful that was referencing the Intel i9 octa-core processor we’ve been waiting for since AMD unleashed its second-gen Ryzen chips. And thanks to some enterprising digging into the Asus BIOS update, dug up by Expreview, we now know that the 8-core Coffee Lake chips will be supported by the Z370 boards.

The new Intel Coffee Lake refresh CPUs were almost announced a couple of weeks back… before it removing any mention of them from its accompanying documentation. The leak, previously reported by the release notes of the AIDA64 benchmark, included a selection of Core i5 and Core i3 CPUs, but interestingly no Core i7 or Core i9 nomenclature. 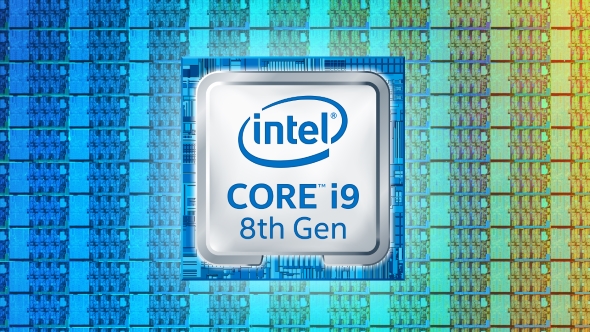 We heard from dubious sources, that there are also going to be Core i7 9700K and Core i9 9900K processors also launching this year, though there has been no word about exactly when.

There were a couple of things which intially give us some cause for hope that the updates might reference the eight-core Intel i9, however. The first was the wording in the MSI BIOS description – the refresh isn’t really a new generation of processors in the Core i5 and Core i3 markets. Despite some sections of the media referring to them as 9th Gen CPUs, they’re still Intel Coffee Lake chips, with nothing changed bar a slight MHz increase in the clock speeds. Intel would be clutching at drinking tubes if it thought it could honestly refer to them as an entirely new generation of CPUs on that basis alone. 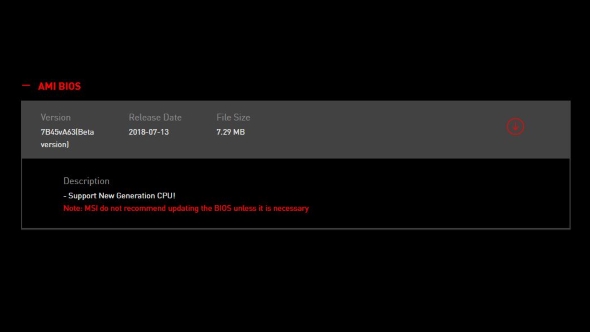 So, if the tech world is retaining any shred of sanity, they’re surely still going to exist as 8th Gen chips despite the 9000-series monikers. A new Core i9, with eight cores and 16 threads, however, could be referred to as a “New Generation CPU!” and might even deserve that exclamation mark.

There’s also the fact MSI has only so far released this BIOS update for its Z370 boards. If it was specifically for the refresh chips alone then the H370 motherboards would also require the update – there are few people waiting to drop a new Core i3 CPU into a high-end Z370 board.

But where does this leave the Z390 boards? If the older Z370 mobos can look after the new 8-core chips, then who’s going to upgrade to the Z390? We still don’t know when all of this is going to happen, but a new post on Videocardz shows some fresh Intel roadmap docs which show the Z390 replacing the Z370 in Q3 of this year.

Interestingly it also shows the Coffee Lake CPUs getting replaced too… but not until Q4. It’s possible then that Intel is looking to release the Z390 to replace the 370 a few months before it launches new processors to try and convince a few more people to make the switch.