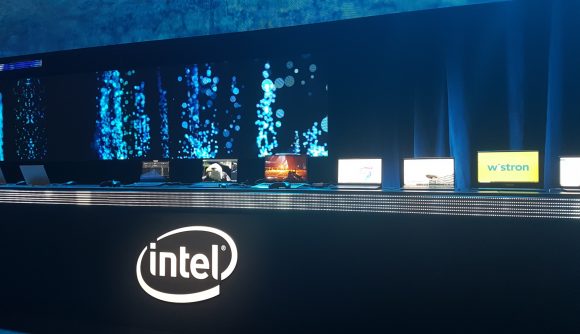 Fancy playing Destiny 2 on a laptop no thicker than a slice of bread. Okay, I’ll admit I’m not good at coming up with nifty real-world comparisons for tech, but Intel just showed off its upcoming Intel Xe DG1 GPU live on stage at CES 2020 playing Destiny 2… and all in a thin and light laptop.

Now we don’t know the exact spec, but that laptop up above, announced by VP of architecture Lisa Pearce, was running an Intel Tiger Lake chip, the successor to Ice Lake incoming sometime in 2020. The chip is manufactured on the company’s 10nm+ process, and has been paired with DG1, a discrete graphics processor built on the Intel Xe architecture set to launch later this year.

We also don’t know the settings or resolution of the demo, which will lead to some hefty speculation on the performance on offer with DG1. It’s been supposed that the combination of DG1 and Tiger Lake integrated graphics EUs (Execution Units) could make for a mighty mobile combo when combined… but we all know how tricky multiple GPU rendering can be.

Tiger Lake will also be available in tiny form factors, including the smallest U-series motherboard shown off by Intel’s Gregory Bryant during the conference. AI performance is also said to be vastly improved over Ice Lake processors. 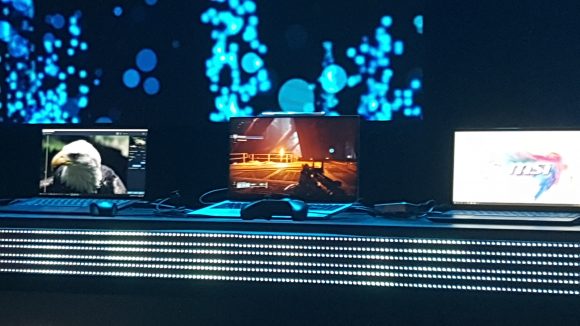 DG1 also appeared on the EEC database recently, hinting that we’re drawing near to its launch date. This post confirmed the rumoured 96 EU loadout, the same expected within Tiger Lake chips. That’s potentially a 192 EU graphic pool working as one, which is famously a tricky thing to do. SLI attempts have often been wobbly at best. But if Destiny 2 live on-stage shows us anything, it’s that Intel’s approach may be more transparent to developers than we have come to expect from current multi-GPU rendering.

And another thing, so far all signs point towards DG1 living entirely in the mobile space. So maybe don’t get your hopes up for an add-in card just yet.

Whatever is in store with Intel Xe, it sure is going to spice the mobile GPU market up a little bit. And I never say no to a little Destiny 2 on the move.